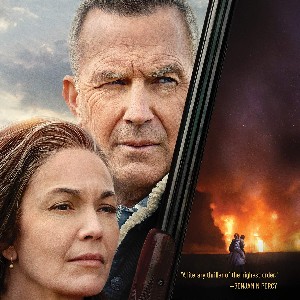 Let Him Go took my heart, ripped it out of my chest, and let a stampede of horses crush it until it was unidentifiable as anything human.


As I was sitting through the credits, my mind was reeling with emotions that were so carnal and brutal that it took me a moment to realize, wait a sec, this was just a movie, I don’t need to hunt anyone down and maul them.

We’ve all heard of motherly instincts, but there is also something that doesn’t have a proper name, for the intensity of the love that a grandmother has for their grandchildren. When you speak of a target audience, this one was targeted toward me. I’m a grandmother, and I was able to relate to Margaret Blackledge (Diane Lane) on an ethereal level. She played this role so well that I could feel her every emotion. The internal struggle she felt was so well acted that it hurt. Same goes for George Blackledge (Kevin Costner). His struggle with his grandfatherly love transcended to the next level, because he was also struggling for what his wife was going through. His love for her was evident in every step he took. This man had to deal with the big picture, when Margaret was only focused on her grandson and getting him back.

I have to say, this isn’t what I was expecting from the trailers I saw. It’s a surreal movie, saturated with scenery and raw emotions. It almost had a noir feel about it. I loved it. I hope this movie garners some awards. It would be well deserved.

About The Peetimes: Wow, this was an intense movie. It’s a slow mover, but for a very good reason. Both Peetimes will work well — the only thing is that a very important development follows directly after each Peetime. So run and be quick about it.

There are no extra scenes during, or after, the end credits of Let Him Go. (What we mean by Anything Extra.)

Watching movies, because we have to!