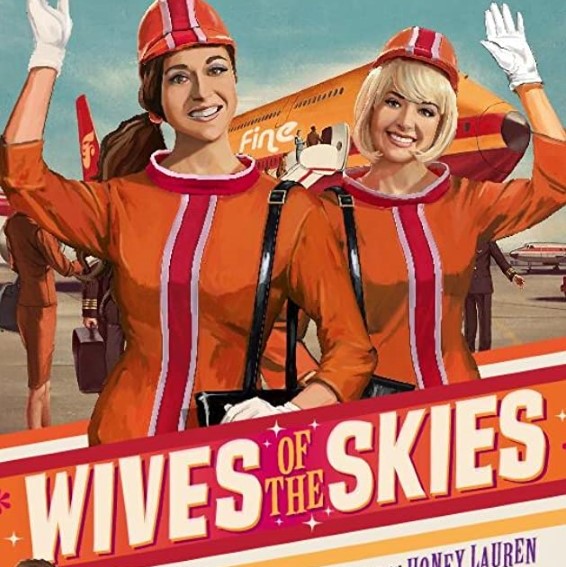 Wives Of The Skies just popped up out of the blue, and I hadn’t heard anything about it — but it being only a shade over twenty minutes long, I thought I’d give it a quick watch. I’ll be honest — I hadn’t a clue about what I was going to see and was kept guessing throughout… but in a good way!

…the Fine Air stewardesses are actually air heads, even: “what’s a documentary?”; it’s acceptable to stare at their breasts, bottoms, and legs; the shock horror of them saying they’re married (noooo!!!) — pause — to their jobs (yayyyy!!!)… and the assumption that they are waiting to have sex with any man who crosses their paths.


But then writer/director Honey Lauren pulls it all out of the bag and manages to flip things around.

The flip comes about a third of the way through, when ‘things’ happen, which I would need a heavy spoiler alert to say any more about. Suffice to say Ms Lauren managed to find a way to showcase the roots of toxic masculinity in the way the media presented women, but in a way that is funny and entertaining.

Wives Of The Skies is a short little joy, when it could have been a polemic

The stewardesses are wonderfully played by Rachel Alig (Fran) and Maddison Bullock (Marcy), while Drew Brandon Jones is the delightfully seedy, but not irredeemable, Derrick the Documentary Maker.

I really like this — to the extent that I’ve watched it four times today — and can never think of the phrase, “Dinner… is ready,” again, without picturing a certain dish!

Just catch this one. Well worth 20 minutes of your time.