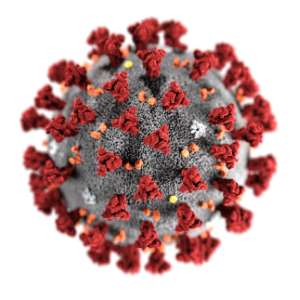 COVID-19 has undoubtedly had an impact on almost every industry, including tourism, transportation, hospitality, and entertainment. Many governments responded to the pandemic by enforcing countrywide lockdowns. That meant that people were not allowed to move around as a way to control the spread of the COVID-19. The entertainment industry is among the sectors hit hard by the COVID-19. Because of the imposed restrictions of movements, there has been a ripple effect on the entertainment industry. Some of the adverse effects that it has experienced include:

Cancellation or Rescheduling of Events

Shows, concerts, and events had to be canceled or rescheduled for another time. Those who rely on such events for income have been left jobless and consequently, no way of earning income. Artists who had planned to go on tours or live concerts were forced to cancel their plans or reschedule them. Some artists have improvised and resorted to virtual live concerts and tours.

Music and film conferences and festivals have also been canceled or pushed further. Music awards and related events involve numerous people gathering. Most governments have put restrictions on the number of people who are allowed to gather in one place. This makes it impossible for such events to take place.

Entertainment companies, especially those with extensive cable network operations, have seen their stock value decline due to the panic caused by COVID-19. Some of these companies include Disney, Discovery, Fox, and many others.

The cancellation of live music concerts has led to the music industry losing a considerable amount of revenue. These events generate revenue mainly through ticket sales, which have been made impossible due to the restrictions. The market caps of traditional entertainment companies which comprise network groups and major studios decreased by around $90 billion which equates to around 6%. The decrease can be attributed to the massive devaluation of stock for these companies due to COVID-induced economic uncertainty.

COVID-19 has also led to the cancellation and postponement of film production and releases. Film production involves lots of individuals and movement. These have been restricted owing to the lockdown. This means that most films will be delayed until the pandemic is controlled.

The sports industry has been affected by the resulting COVID-19 restrictions. Previously, fans could buy tickets and watch the matches in stadiums. However, with the restrictions, games are played in empty stadiums. Only players and staff are allowed to enter the venues. Fans who wish to watch the matches are forced to use live streaming services which may deny them a true matchday experience.

Physical sales of recorded music, games, movies, and other content has also decreased significantly. This is most probably because retail stores had to be closed. However, online music subscription has experienced an increase in revenues as online music consumers have increased. Movie theaters and cinemas are closed owing to the restrictions.

Although COVID-19 has brought about many negative impacts on the entertainment industry, it has also brought a few positives. Entertainers and the companies providing entertainment services have been forced to innovate and adopt suitable ways to handle the unexpected changes. Artists who previously depended on live concerts have realized that alternatives exist.