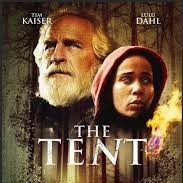 I’m not sure what to say for the best here; if I didn’t have to worry about spoilers I could write a much more comprehensive review. For the first half to three quarters of this film I was thinking, “Is it a horror? It’s not very horrific. They could have replaced the ‘monster’ with a bear or some other animal.” But then the denouement lands, and it all suddenly makes sense.

Given the nature of the plot I can’t really say much about the ending without giving the whole thing away; suffice it to say that it all resolves into quite a touching story that was well performed by the entire cast. It’s not quite in “I see dead people” territory, but I didn’t actually see the twist was even coming until well past the half way mark. There were a few niggles regarding the apocalyptic crisis which didn’t seem to doing anything or going anywhere, but then I can’t say anymore about that without stepping deeply into spoiler territory.

Tim Kaiser was mainly an easy watch. Interesting that he took to film making when he retired and I took to film reviewing… still, no one wants to see me on the other side of a camera! Lulu Dahl was very effective as the frightened, desperate intruder, Mary, as well as the character she evolved into. The rest of the cast do sterling work in what are, essentially, a series of cameos as this is very much a Kaiser/Dahl two hander.


Worth watching through to the end

I think a lot of people might be put off during the first half hour because things aren’t moving in the direction they’re supposed to be, according to the trailer, the poster, and the blurb, but, as I keep banging on about it, if things were phrased differently in the advanced publicity then the resolution at the end wouldn’t be as powerful.

Writer/director Kyle Couch has come up with a nice little film that, with a few minor tweaks either in the first half hour or in the way expectations are managed, could become a great little film.

I’d say this is a B- provided you stay to the end.

Breaking down the extra scenes in Scoob!