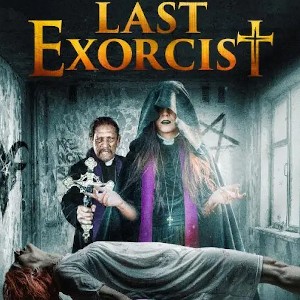 I think it’s only fair to say from the start that I’m not a horror/supernatural film fan, so The Last Exorcist wouldn’t have been one of my first choices if I was toddling down to my local cinema. Ultimately, however, you tend not to review only the films you like, and I try to remain unbiased regardless of the genre I’m watching and will try and be impartial and balanced in my review.

The Last Exorcist didn’t do itself any favours though. The biggest problem, for me, was that the writer/director, Robin Bain, misjudged the time between the present and 1973. It’s either a case of 47 years isn’t long enough to forget it or William Friedkin and William Peter Blatty did such a good job of The Exorcist that it’s too hard to erase it from your memory.

Whether The Last Exorcist just copied some of the shots intentionally or otherwise is hard to say. What it doesn’t copy is the quality of the story development, dialogue, effects, and acting.

The story is that nearly all the Catholic Church’s exorcists are killed off in terrorist attacks, and two sisters who were close to one of the last exorcists find themselves in need of an exorcist.

Incidentally, I’m no expert, but is it only the Catholics that have exorcists? It always seems to be that way. Maybe a C of E Vicar wouldn’t have the same clout with the old bell, book, and candle.

So, what is the plot?

The two sisters are Jo (Rachele Brooke Smith) and Maddie (Terri Ivens) who, following the death of their mother in traumatising circumstances, are brought up by Father Peter (Dennis LaValle) — who is The Last Exorcist in the title. One of the sisters becomes possessed, despite both witnessing the same harrowing scene; one is a good girl while the other is a good time girl, and the message being hammered home with a 10 lb sledgehammer is that the good girl has to save the naughty one.

The execution of the film is lacklustre at best. The pivotal, traumatic scenes are dull, the special effects are laughable, and the fact that Jo suddenly starts wearing priest’s vestments and becomes a martial arts expert is inexplicable. The continuity of the story is all over the place, studded with way too many flashbacks, waking from dream scenes, and epileptic seizures dropped in to provide breaks/changes of direction.

The acting is quite uneven. Some of the cast are reasonable, some are poor, and some vary from scene to scene. Veteran actor Danny Trejo is a bright spot during his limited screen time.

Sadly, The Last Exorcist is not my type of film, and doesn’t have the quality that films like It, Get Out, or Us have that make them worth watching for fans and non fans alike.