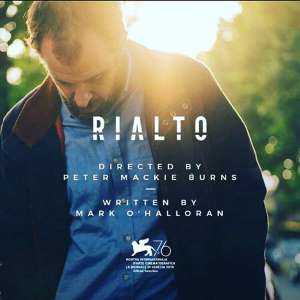 Rialto is one of those films that you watch and, afterwards, think, “What the hell was that? Was that entertainment or have I just had an emotional battering?”

If you want a nice, easy, relaxing way to spend an hour or so then I’d recommend you have a look and see what Pixar has got lined up, because Rialto is hard and harsh — but that doesn’t mean it is unwatchable.

Far from it. This is a painful, gut-wrenching experience, but one that hooks you in at the beginning and does not let go, so be warned that you’ll need to prepare yourself for a rough ride. Rough… but rewarding.


What we have in Rialto is a story of Colm. A 46 year old man who seems to have, perhaps, not everything, but enough; nice house, lovely wife and teenage kids, and a managerial level job in the Dublin shipyards.

But then, following the death of his father, things start to fall apart.  Colm descends into a mid-life crisis that goes way beyond splashing out on a little red sports car; we are, instead, looking at redundancy, alcoholism, a gay prostitute, and an oblivious but concerned wife.

Tom Vaughan-Lawlor plays Colm and is, quite simply, excellent. He plays the self destructing Colm so well that one wonders how things are going for him at home.

The play that Rialto is based on – Trade by Mark O’Halloran – is a two-hander and the other hand is Jay, a male prostitute, played here by Tom Glynn-Carney. As I said, Tom Vaughan-Lawlor is excellent, but Tom Glynn-Carney isn’t overshadowed. He plays Jay with such panache and swagger that he brings to mind Johnny Lee Miller’s Sick Boy from Trainspotting.

Despite being developed from a two-character play, some of the most affecting scenes are the, presumably, new ones that feature Colm’s family as he distances himself from them, while nicking cheap Polish lager.