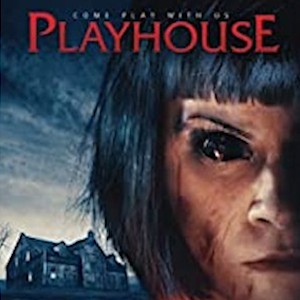 The problem I have with ghost stories is an absence of belief in ghosts. Not that that should be a problem… I don’t believe in hobbits, superheroes, or magic, but I still watch and enjoy The Lord Of The Rings, The Avengers, and Harry Potter.

So I don’t expect any sympathy for sitting through an independent horror/ghost film like Playhouse because I’m just glad to have the opportunity to watch and review as many films as I’m given. Lockdown? Pah! Piece of cake.

Anyway… Playhouse is the story of a writer who buys a castle in North-Eastern Scotland. He goes and lives there with his teenage daughter, so that he can concentrate on his latest project; an interactive experience based on the horrific history of the building. As is always the case in stories of this ilk, a seemingly innocent bit of nonsense sets free the evil spirits… and chaos ensues.


Our writer is Jack Travis (William J Holstead), and his daughter is Bee, short for Beleth (Grace Courtney). Now, I may be too severe, but they don’t seem to be the best casting choices. Not because of their acting skills, which are fine, but because their ages don’t seem to be far enough apart to be father and daughter. I don’t think it helps that Mr. Holstead has the look of Thomas Brodie-Sangster if he’d actually decided to age a few years.

Apart from Jack and Bee, the main characters are their neighbours Jenny and Callum Andrews (Helen Mackay and James Rottger), and Bee’s school friends Katie and Alex (Mathilde Darmady and Eilidh McLaughlin, who could make a living as a Karen Gillan impersonator).

The castle in question is Freswick Castle in Wick

It is a striking building in a wild and lonely location, but doesn’t look like your archetypal castle. It looks more like a large house; there are no turrets or crenellations — but it does date back to the 16th century — and it’s still occupied and available for hire. In fact, the writers/producers/directors Fionn and Toby Watts actually grew up there, and their father is the owner.

The Watts Brothers’ intimate knowledge of the building shows as, apart from a few minutes of footage at the neighbours’ house, the entirety of the film is shot in and around Freswick Castle.

The cinematography is excellent – moody and atmospheric — but that is helped by the castle being metres from the North Sea and within five miles of John O’Groats.

The acting is appropriate to the genre

The cast can do scared, bewildered, enraged, and all the other horror film emotions ranging from a light, deft touch through the spectrum, and finishing up chewing the scenery… but that is as it should be, and it never seems out of place or over the top.

Again, the usual spoiler awareness prevents me from saying too much about how the characters and the story develop, but there are a number of threads and family interactions both in the present day, and back when the evil deeds were first done.

Given this is the Watts Brothers’ debut feature, it stands up very well and defies the expectation to look like the — presumably — low budget. I look forward to their next feature.