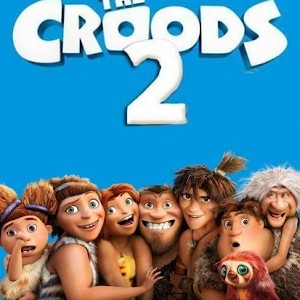 This is definitely a young kids movie. There’s lots of super saturated bright colors and silly cartoon antics that the characters almost constantly go through. In that light most young kids will probably like it. However, I wonder if they’ll like it anymore than just watching any old cartoon movie again for the 12th time at home.

What do parents get out of this?

There are a few adult references here and there, but not much, and certainly nothing to make it worth sitting through. What I really question about this movie is the moral of the story. I think they were going for the general theme of different people, with different backgrounds, accepting each other and living together. Which sounds nice, but they really muddled it by adding a handful of other moral lessons to the point that the main point sort of gets lost.


My biggest issue with the movie is the stereotypical gender roles: a girl whose seemingly only reason to exist is to be in love; a father who has an excessive need to protect; and so on.

It’s clear that writing a script for a kid’s movie is challenging. A balance has to be found between the antics that keep kids interested, creating characters they can understand, and developing a lesson that helps children understand themselves and their relationship with the world around them.

I can’t say this movie is bad, but I don’t think it’s worth the risk of seeing in a theater under the circumstances. Better to just wait for it to stream.

About The Peetimes: I tried to find Peetimes that didn’t have too much action that the kids in the audience wouldn’t want to miss. I would recommend the 1st Peetime.

There are extra scenes during, or after, the end credits of The Croods 2. (What we mean by Anything Extra.)

chevron_left Is there anything extra during the end credits of The Croods 2?
Indie Movie Review – Playhouse chevron_right