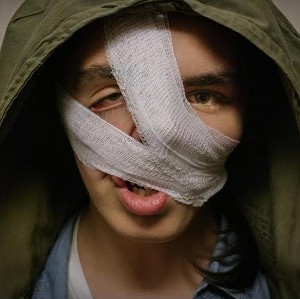 Happy Face is an awesome film. I just had to get that off my chest right from the get go.  It’s not a laugh a minute rib tickler, it’s not an edge of the seat thriller, and it’s not a mind bending thought provoker. It’s a drama about the lives of a group of people who attend a therapy group and how they are affected by each other, as well as their treatment.

There are, however, laughs, thrills, and thoughts do get well and truly provoked.


Back in 1932, Tod Browning made a film with a magnificently insensitive title… Freaks. It was set back in the days when people with a visible disability had only one way to make a living and that was to join a freak show, which either toured in its own right or was appended to a circus. People would then come along, pay a few pennies, and gawp at the people being shown off. People who nowadays would be being given support for their conditions, so that they can live their lives with some semblance of dignity — rather than being treated like an animal in a zoo.

So What Do We Have Here?

Happy Face is, as I said, set in a Cognitive Behavioural Therapy (CBT) group for people with facial disfigurements. The group have a variety of conditions. Some evident from birth, some due to accidents, and others caused by an illness acquired during their lifetimes.

The therapy group is led by Vanessa (Debbie Lynch-White), who doesn’t have a facial difference, but says she knows how they feel because she is morbidly obese and is a second class citizen in the same way that they are, because she, too, is judged on how she looks.

However, our group members are tough cookies, probably due to everything they’ve had to put up with in their day to day lives, and are quite capable of pointing out that they are not in the same boat at all.  As the marvellous Maggie (Alison Midstokke) puts it, no amount of exercise will sort her face out so she can pursue her dream of being a model.

In the middle of this group sits Stan (Robin L’Houmeau), with bandages around his twisted features. He doesn’t seem to be contributing much to the group and it turns out that there’s a reason for it… his twisted features are caused by Sellotape wrapped tightly around his face, and the bandages are just there to hide the tape. Underneath it all he is actually a strikingly handsome young man. So why is he there? What does he want? Does he get away with it?

Watch it if you get the opportunity; it will be worth your time.

And Who Are Our Other Players?

All of the actors playing the facially disfigured roles are, in effect, playing themselves — in that there are no prosthetics being used.

There is Jocko (E R Ruiz), a police officer who was in a traffic accident and got severely burned. He is only at the group because his insurance insists that he attend.

Beckie or Buck (Cyndy Nicholsen) is covered in what look like warts, but her biggest problem is her own mother, who is ashamed of her and is not afraid to tell her that.

Then there is Ronald, who is a sommelier, but has lost his nose due to skin cancer. His worry is that when he goes back to work his prosthesis will fall off and drop into the wine as he sniffs it.

There’s Dangerous Dave (Daniel Boloten) who used to be a racing and stunt driver and everyone thought he was cool until he had the accident, which meant his eyes were no longer level.

There are more people (I couldn’t catch all the character names), but one that I did catch was Otis played by David Roche. Otis is my hero. He really does the heavy lifting when it comes to the drama and humour in this film; all that in his debut.

First thoughts would be because of liberal/socialist guilt for the plight and suffering someone has to endure through no fault of their own — but it very quickly becomes apparent that the people shown here don’t want or need your sympathy, empathy, or pity; they have strength and inner resolve in spades. All they want is to be treated the same as the next person along.

The discomfort arises from seeing how they are treated. If they’re not being openly mocked, they’re being quietly tucked away, in a corner, out of sight. The discomfort comes from realizing how badly the society of which we are a part treats some of its members, just because they look just that little bit more different to everyone else.