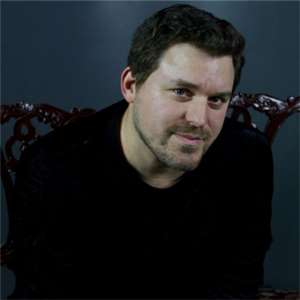 Recently, I had the pleasure of interviewing writer-director Jon Garcia about his latest film, Luz.  It’s a love story about two men who meet in prison.  We discuss the Oscar-winning film that inspired Luz, the use of real inmates in the film, the unique shooting location, the subplot that got cut, the movie he made in quarantine, and more.

It was a lot of fun talking about the creation of this film and what went on behind the scenes.  This greatly added to my appreciation of the film.  I hope you will watch and enjoy Luz and check out Jon Garcia’s other work, including the very topical pandemic romance Love in Dangerous Times.


Luz will have a limited theatrical run starting March 19 in cities such as Los Angeles, New York, and San Diego.  It will be available on digital and DVD April 6.

Listen my two-part exclusive RunPee interview with this amazing director:

The interview with Jon Garcia concludes in Part 2, here:

Jon Garcia is an accomplished Emmy-nominated filmmaker and musician. He has released ten feature-length films an various music videos in a multitude of genres in his short career as a filmmaker, including the trilogy of The Falls, The Falls: Testament of Love, and The Falls: Covenant of Grace. The films have screened in film festivals all over the world and have been available on Netflix, Hulu, Amazon, iTunes and many other platforms. As a producer and documentarian, he has worked with Oregon Public Broadcast, Oregon’s PBS station and produced original content for the show Artbeat. As a musician he has released 2 studio albums, performed soundtracks on award winning feature films and once had a popular song on BBC radio. As a novelist, he released his first co-written novel this year, which is a book based on The Falls, distributed by Dreamspinner Press. Currently he runs his company, Lake Productions, a full service production company that creates feature films, commercials, and music videos. Most recently Jon has produced 3 feature films within a years time, the prison romance “LUZ,” “Strictly for the Birds,” and “Love in Dangerous Times.”

chevron_left Is there anything extra during the end credits of The Courier?
RunPee Weekly Newsletter #54 (March 24, 2021) chevron_right