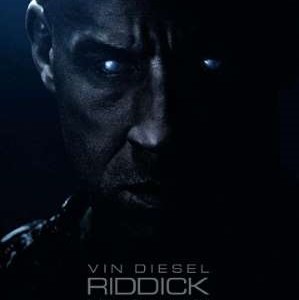 Pitch Black is one of my favorite movies ever, and I’m a little uncertain how I feel about Riddick. First off, I can easily say that it isn’t as good as the original — but that’s a very high standard to be compared to. The best thing I can say about Riddick is that it’s funnier than the original. The audience laughed more than a dozen times, but none of the laughs were raucously funny.

Another thing I like about the movie is that it feels like the proper length — just under two hours. Too many movies these days are running at barely ninety minutes, which often leaves me feeling cheated that they didn’t take their time and further develop the story and characters. That wasn’t an issue for Riddick.

However, while the length is good, the movie does start off very slow. The first 20-25 minutes feature basically Riddick alone on a planet. We gradually come to understand how he got there and what he’s going to do next.


If you’ve seen the trailer, then you know that the movie follows a very similar plot to the original — definitely not a bad thing. The way the story unfolds is almost comically similar to the original — however, the story has reasons for why things happen as they do. It doesn’t feel like they forced the story into the template of the original.

Basically, I enjoyed the movie and can’t think of anything specific that I disliked. It just doesn’t measure up to the original.

And, RunPee Wife notes, “Loved the dog. The audience did too. He’s better than anyone real in the film, besides Vin Diesel and Katee Sackhoff.”

About The Peetimes: The first two peetimes are really good. The third is shorter and ends with a crucial scene so only use it in case of emergency, and hurry. 🙂

There are no extra scenes during, or after, the end credits of Riddick. (What we mean by Anything Extra)