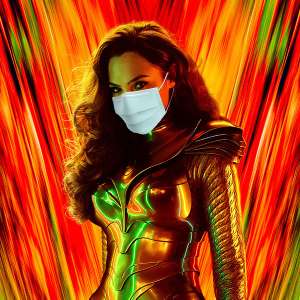 There are some interesting, and mixed, results based on votes that RunPee fans submitted for Wonder Woman 1984. Overall the news isn’t great.

WW84 results from both men and women

WW84 didn’t meet expectations, which is pretty rare for any movie. In 2020 there were 22 movies that had at least 50 votes submitted in the Peeple’s Poll. (The cutoff for minimum number of votes needed to be valid. Normally the cutoff is 100 movies, but 2020 is the year of exceptions.) Of those 22 movies only 3 failed to meet expectations, WW84 being one of them.


With an overall Final Rating of 76.5 WW84 comes in as the 14th ranked movie of 2020, just a notch below Birds of Prey: And the Fantabulous Emancipation of One Harley Quinn. (Ouch.)

Not all bad news

If we separate out the ratings submitted by women WW84 does just slightly better than expectations.

However, that comes with the caveat that men really didn’t like this movie.

There weren’t enough votes to justify breaking down the results by age.

Speaking of Birds of Prey, it’s worth a quick comparison between these two superhero movies with female leads.

Including men and women Birds of Prey had a much lower expectation score.

But as you can see, it did significantly better than expected. The audience results at Rotten Tomatoes echo the same conclusion: WW84 has a 73% while BoP has a 78%.