Chris Pratt and the Lego Cast go to Space Camp 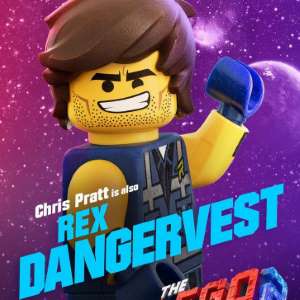 This adorable spoof of a reality show about which Lego actor gets to become a space-person is really cute/interesting/funny.  Something we at RunPee find continually amusing is how RunPee Dan used to work at Space Camp, and RunPee Jilly worked at Astro Camp, both in the days of our youth. Sometimes geekland is a small universe!

In this video, the cast of the Lego Movie 1 and 2 attend Space Camp to see which of them would make an actually half-decent astronaut, as an effort to help promote The Lego Movie 2: The Second Part…where, it seems, the crew goes into space to become the Lego version of the Guardians of the Galaxy:

Want to guess who the best astronaut is? Who can keep cool and on task, under several levels of gravity, in the multi-axis trainer, during EVAs, and as a member of Mission Control? Captain Robert Gibson, a REAL astronaut, gets to judge (call him Hoot, and cut him some slack for dealing with these slackers):

Your choices for the ultimate Astronaut Title:

Will it be Chris Pratt, ultimate Star Lord goofball and Emmet himself? Perhaps Will Arnett as the intrepid Lego Batman? Or Elizabeth Banks as the cool-as-a-cucumber WyldStyle? And then, of course, there is James Corden, the talk show host who invited them to Huntsville, Alabama in the first place.

Place your votes! Although, really, it starts to become clear which actor keeps their head best in real life…

This video is a lot of fun and will get you excited for the newest fun time with our bestest Lego friends, where Everything Is Awesome.

Quiz – Chris Pratt – Not the New Kid in Town Anymore