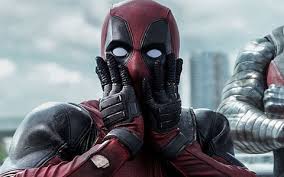 We can’t help but love Deadpool when he’s in full mayhem mode, with a collective body toll he’s given up trying to count. [pullquote]Yes, we love Deadpool — even when he’s just a Lego.[/pullquote]

Beginning with a Lego version of Deadpool 1, we move quickly through the Lego trailers/teasers for Deadpool 2,  to Deadpool vs Wolverine, followed by his teaming up with Wolverine. (Which is fun and odd, since we know he hates Logan). Then Deadpool takes on the entire Marvel Universe, and finally killing the entire world.

Yep, Wade Wilson clearly has problems. But watching him wreck Lego mini-film havoc is a joy. Don’t you wish you thought of making these?


Here’s some Deadpool Legos if you want to make your own You Tube shorts: