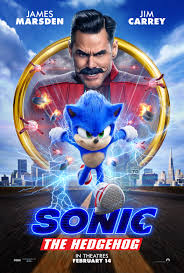 Sonic the Hedgehog is opening February 14.  (How romantic!)  The popular video game character who debuted on the Sega Genesis is finally getting his own movie.  The film’s initial release date was delayed when the filmmakers decided to rework the character’s design after negative backlash from the fans.  Video game movies are often a disappointment, unable to capture the spirit of the original game or to pack as much action and excitement.  That said, here are 10 of my favorites.


This is a total nostalgia pick.  I bumped Ready Player One from the list to include this movie, and I’m not sorry.  The story is about a video game prodigy, his older brother (Fred Savage), and said brother’s girlfriend making their way across the country to the ultimate video game competition.  The whole movie is one long commercial for Nintendo and the Power Glove.  I still remember dragging my grandparents to the theater so me and my best friend could watch this on the big screen.  They even gave out little booklets with tips and tricks for your favorite games.

This sequel to Lara Croft: Tomb Raider felt closer to Indiana Jones territory than the original.  There was more adventure and it simply felt more fun.  Roger Ebert gave it three out of four stars, but most critics didn’t agree.  Poor box office put a nail in the coffin of the series until the 2018 reboot.  I love Alicia Vikander, but Angelina Jolie will always be my Lara Croft. 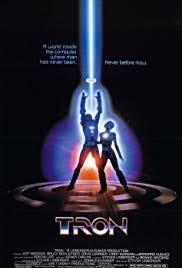 Jeff Bridges stars in this sci-fi film about a computer programmer who gets stuck inside a computer, where he interacts with programs in an attempt to escape.  It’s a live-action Disney movie that has become a cult classic.  John Lasseter claimed it showed him the potential of computer-generated imagery in animated films.  He said, “Without Tron, there would be no Toy Story.”  Another important feature of the film is its use of electronic music.  Bridges returned for the 2010 sequel TRON: Legacy.

Audiences finally got to see Pokémon come to life.  It’s as much fun to name all the Pokémon in the background (my girlfriend did this every time the trailer came on) as it is to watch Ryan Reynolds’ title character crack wise.  Even if you haven’t been sucked into the obsession that is Pokémon, the movie is still entertaining with Reynolds’ sarcasm and the adorableness of everyone’s favorite yellow pocket monster.

My girlfriend loves finding ’80s movies I haven’t seen and showing them to me.  (Creator, Legend, etc.)  This cautionary Cold War tale stars a young Matthew Broderick as a computer hacker.  He hacks into a military supercomputer and runs a nuclear war simulation, believing it to be a video game.  This is another cult classic and is full of humor and suspense.  It received an Academy Award nomination for Best Original Screenplay.

This is another ’80s cult classic my girlfriend introduced me to.  A video game is secretly a recruiting device for starfighters.  Those who get high scores are abducted into space to serve with the Rylan Star League.  The movie co-stars Robert Preston as Centauri, a lovable con man.  It’s a tribute to his most famous role as Harold Hill in The Music Man. 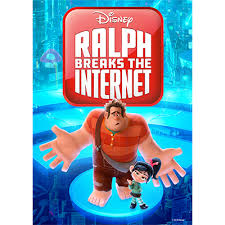 The main link to video games in this Wreck-It Ralph sequel is the Grand Theft Auto parody Slaughter Race.  Disney also parodies itself when Vanellope gets to meet the Disney princesses and realizes she’s a princess too.  But the best part is Vanellope’s take on the classic “I wish” song every princess gets (think “Part of Your World” or “Some Day My Prince Will Come”).  She wistfully dances through a nightmare racing game as she sings “A Place Called Slaughter Race.”  I’m still angry it didn’t get a Best Original Song nomination at the Oscars. 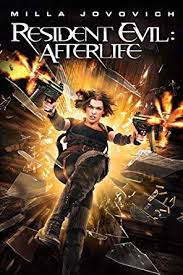 Watching Milla Jovovich kick zombie ass is one of life’s great joys.  Are these films faithful to the original horror game series?  Couldn’t tell you.  I never got very far in any of them without becoming zombie chow or losing interest.  What does hold my interest is Jovovich falling down the side of a skyscraper with machine guns blazing the entire way down.  I keep hoping they’ll bring Resident Evil: Afterlife back to theaters so I can watch it in 3-D again.  The even-numbered films tend to be more satisfying (kind of like the original Star Trek movies).  The Umbrella Corporation is a great villain/villainous entity.  One of the series highlights is the teaser trailer for Resident Evil: Apocalypse, which starts out as an ad for Umbrella Corp beauty products. 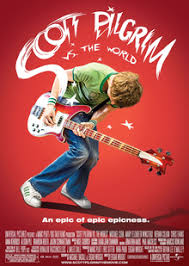 2. Scott Pilgrim vs. The World

Based on a graphic novel series by Bryan Lee O’Malley, this movie stars Michael Cera as a musician who must defeat his crush’s seven evil exes in order to date her.  The aesthetic of the film was influenced by comic books and video games.  Lots of graphics, sound effects, and special effects are references to, pay homage to, or owe something to 8-bit video games.  As you can imagine from the plot description, Scott lives in a pretty surreal world.  So these elements blend together nicely.

Pixar did for video games what Who Framed Roger Rabbit? did for cartoons.  It brought together all your favorite characters in a way you never thought you’d see in your lifetime.  Video game characters from different systems and different eras were suddenly interacting with each other.  It was fun.  It was humorous.  It was joyful.  It reminded you of the games that you loved.  And it made you wish you could play Sugar Rush.  Pixar’s love letter to video games and arcades also had a sweet message about achieving your dreams.

There are a LOT of movies based on/around video games.  Some of the ones that didn’t make my list because I haven’t seen them yet include Jumanji: Welcome to the Jungle, Angry Birds, Street Fighter, Alone in the Dark (I actually beat the game!), Doom, Max Payne, Silent Hill, Warcraft, Final Fantasy: The Spirits Within, and the documentaries King of Kong and Atari: Game Over.

chevron_left Star Trek The Next Generation – Playing Poker with Superheroes
Is Onward a Pixar film? chevron_right