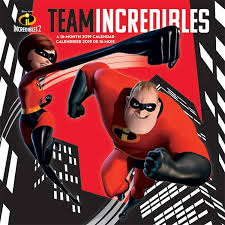 Sequels are big deals for today’s audiences. We’re willing to watch 19 ( soon 20) films in the Marvel Cinematic Universe, we’ve got DC and their endless versions of Batman, an evolving Star Wars franchise, Star Trek reboots, and sequels to things we never asked for, like Hot Tub Time Machine 2. It’s clear we crave sequels  — and it is Big Business.

But do animated movies deserve the same treatment? Usually animated followup films are the “straight to video” type, like The Little Mermaid 2. Those are usually for the young children who are happy to watch more of what they loved the first time.

[pullquote]What animated movies get the sophisticated full cinematic treatment? More than you’d think. [/pullquote]We’ve got sequels to Toy Story, Cars, Monsters Inc, Despicable Me, Finding Nemo…all enjoying moderate success at the box office. Pixar has a great formula: they know how to engage adults with sly references, appeals to nostalgia, and jokes that go over kids’s heads. We don’t even have to bring a kid along to make it socially acceptable to see these “cartoons” — no excuse is needed.
-----Content continues below------


We’ll see how Incredibles 2 does its job of luring grownups to the box office. The trailers look fun, although the “Mr. Mom” routine is quite dated by now. I hope they don’t milk that angle too much. It’s not a big deal these days for men to do the child-rearing.

I look forward to seeing what exactly Jack Jack’s powers are about. And I hope they continue the theme of the original film, where the supers are living under massive repression. It would be fantastic to take up the banner of freedom for supers, which, after all, is even something we’ve seen in live action superhero flicks like X-Men 1&2, and Captain America: Civil War.

[pullquote position=”right”]So it seems that animated sequels are perfectly acceptable, and people are willing to pack the theaters to see them.[/pullquote] I know I loved a return to the undersea world in Finding Dory, and folks can’t seem to get enough of Toy Story ( I refuse to watch Toy Story 3 out of self-preservation — I don’t want to watch a movie I know will make me cry). The Minions are reliable for a good time, and the Monsters, Inc prequel was a fun romp. I don’t think I know of any other animated prequels, so that might be a unique category.

We’ll see how my predictions pan out.

Do you watch animated movies? What are your favorites? Comments are below.