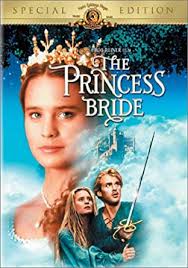 Probably the most quotable movie ever.

I know every quote in The Princess Bride. Many old geeks like me do. I can’t count how many times I’ve seen this classic spoof fantasy. I introduced it to my mother tonight. She enjoyed seeing all the well-known actors in their younger days, especially Fred Savage, who is so young here it hurts.

And by the way, have you seen the 2018 spoof of this spoof with Fred Savage and Deadpool? (That’s a topic for another review.)

The Princess Bride (made in 1987) holds up astoundingly well over time. It looks great. The scenery, the costumes, the sets: all great. The acting is well meaning and fun, providing a really good tale that also sends up the fantasy genre. It’s a fantasy movie the way Spaceballs and Galaxy Quest are to science fiction: parody films that are satisfying in their own right.

It also features one of the best sword fight scenes I’ve ever seen. I don’t know how much fencing and dueling Cary Elwes and Mandy Patinkin studied, but it looked great. I assume their banter about sword fighting styles was accurate.

Every actor seemed to have a blast. While some actors got to be super playful in their roles, I could tell even the ‘straight men’ had fun. It’s too bad Robin Wright didn’t get to cut up a little, but no one ever said being the eponymous character is easy.

It was a little sad to see the beloved Peter Faulk and Andre the Giant alive onscreen, knowing they weren’t around to see the Deadpool callback last year. I also had to translate everything Andre said to my mother this evening, since I guess she doesn’t speak Giant. Since I know every line (literally — don’t you?), I forget that he had a speech impediment. I only see a gigantic sweethearted soul.

We also lost The Princess Bride novel author William Goldman in 2018 (the original book is wonderful BTW), the brilliant mind behind yet another classic film: Butch Cassidy & The Sundance Kid.

Memorable Quotes from The Princess Bride

I can’t begin to cover all of them. The whole movie is made of great quotes. Here’s a few that stand out:

My way’s not very sportsmanlike.

Life is pain, Highness. Anyone who says different is trying to sell something.

Is this a kissing book?

You seem a decent fellow. I hate to die.

Get used to disappointment.

You mean you’ll put down your rock and I’ll put down my sword and we’ll try to kill each other like civilized people, is that it?

With the two most well-known Princess Bride quotes:

As you wish. (The nicest way to say I love you.)

And the one everyone knows. Say it with me now: “Hello. My name is Inigo Montoya. You killed my father. Prepare to die.”

I can’t give The Princess Bride anything less than an A+. It’s still beautiful, funny, romantic, touching, and a complete joy to watch anew. It’s one of the best fantasies ever, and the scenes with Fred Savage and Peter Faulk feature the most amusing story bookends ever filmed.

(Until Fred Savage reprised his own role in The Deadpool Before Christmas, of course.)

Two Must See Science Fiction Spoof Film Documentaries (plus: the most ‘inconceivable’ parody of a spoof)