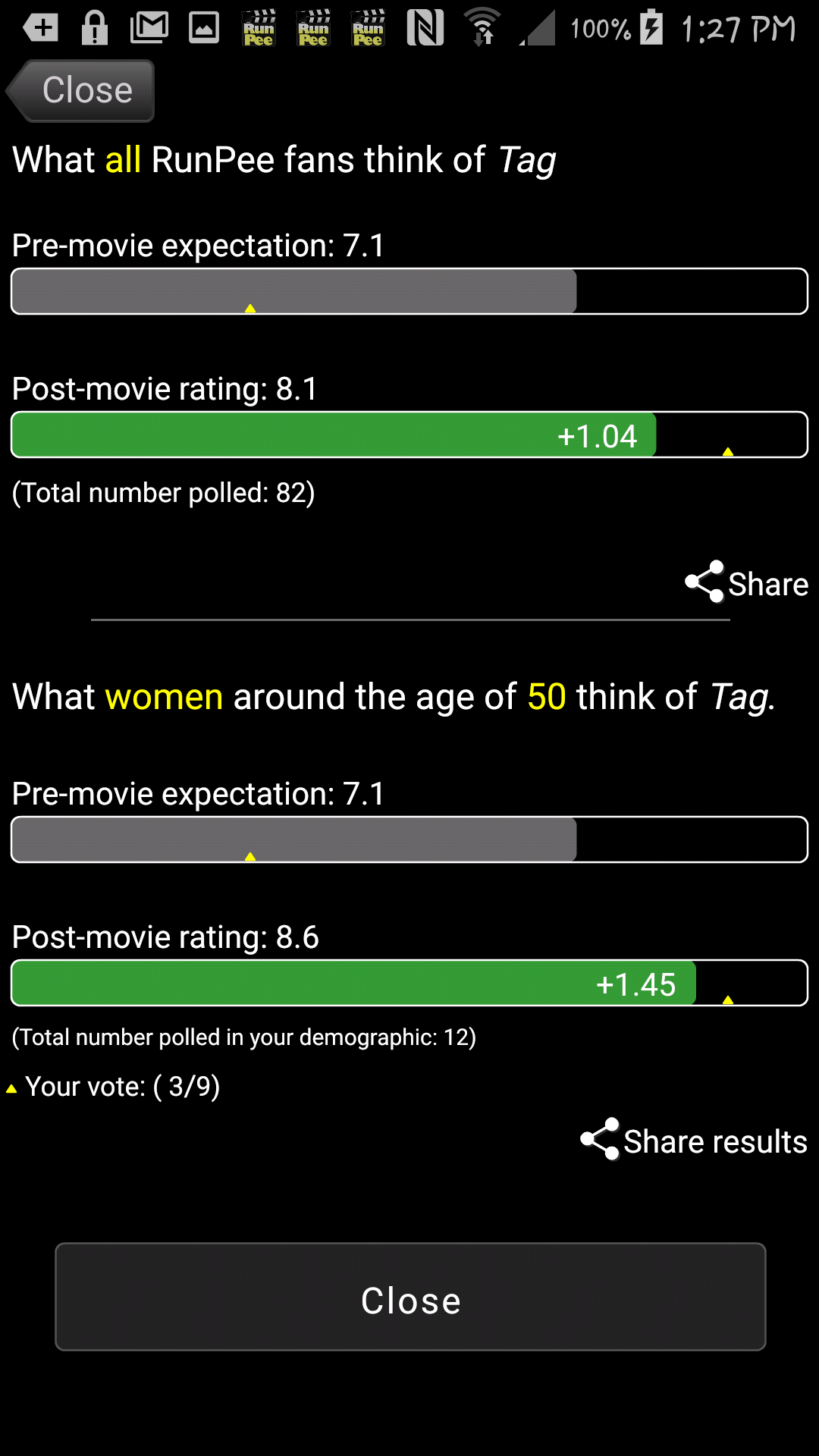 We spend a lot of time looking at the readership stats on our polls, ratings, and reviews. Last night I noticed that our ratings for the film Tag has a pretty wide movie spread, as shown in our polling statistics.

[pullquote]What this means: a lot of people had a low opinion of Tag going in, and had a hugely high opinion of it afterward. Tag is polling WELL above expectations.[/pullquote]. Only Adrift and Overboard (both boat movies, hmmmm) had a wider spread.

Notice how fans originally anticipated the movie would rate in at the C- range (7.1), but walked out with a B- (8.1). People in my demographic (women around 50) gave it a high B (8.6). My vote was an A- (9.1). I see hundreds of movies each year, and this one pleasantly surprised me. I tend to be harsher on films than most. Tag was simply fun, and a nice respite from more serious world concerns.

———-
We broke it down further, using ranges from recent films that RunPee fans voted on:

Only a few movies really disappointed fans, namely Hereditary (by a huge margin), Show Dogs (no surprise) and Action Point. And people got as much out of Avenger’s Infinity War as they expected (also, not a surprise – that film knocked it out of the Marvel park).

What does this all mean? It means people are loving Tag way more than expected. The film is kind of delightful. Maybe go see it. 🙂