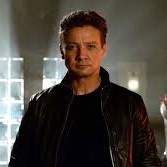 I really enjoyed viewing Tag last night, a movie about a group of grownup men who spend every year in May reliving their childhood game of tag. Even while living cross-county from each other, these guys keep it up and plan the rest of the year for new ways to create elaborate and sneaky tagging hijinks. Why this movie didn’t come out in May seems like a wasted opportunity (it’s now mid-June). But it’s still a riotously fun time at the movies.

I hadn’t heard the hype for the film, which surprises me since I’m at the theater several times a week and see a ton of trailers. But word most definitely got out, as my opening show was packed and primed for a good time.

[pullquote]Another thing I didn’t realize was that Jeremy Renner, erstwhile Avenger, here as the elusive Jerry (who’s never been tagged in 30 years), played almost the entire film with two broken arms.[/pullquote] During the scene where he parkours down a flight of stacked plastic conference chairs, a hinge failed and he ended up broken as well. He reports that he didn’t know he even broke them, and kept on playing the scene.
-----Content continues below------


He reported to Entertainment Weekly that there was only one scene with CGI arms (yep, we live in a world like this now), and you can’t even tell. During the rest of the film, he either wore jackets or long sleeves, and had a lot of shoulders-and-up closeups. It also helps that we don’t see much of him, fitting in with the character’s hard-to-find nature.  There are even some shots left in with splints on his arms, which eagle eyed viewers might catch. make sure you keep an eye out, and see if you notice anything at all.

So, “Hawkeye” broke BOTH arms on his second day of shooting? Alrighty then, Renner must really be an Avenger. I don’t think even Tony Stark could argue with that one.

Watch these clips talking about Renner’s experience while you get psyched to catch this frankly delightful film:

Other movies with Jeremy Renner: