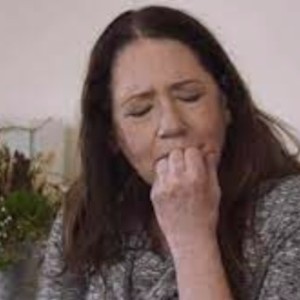 Mass may be the most emotional film you sit through this year.  But it’s worth it to see four great actors at the top of their game.


In this powerful movie, the parents of a school shooter and the parents of one of his victims meet to try to get some closure.  It’s an intense movie as you might expect, and there are moments when you can cut the tension with a knife.  If you love a good drama, this is the movie for you.

What I love about Mass

Martha Plimpton and Jason Isaacs play the parents of the victim.  Ann Dowd and Reed Birney play the parents of the shooter.  If you’re like me, your sympathies probably lean more toward the first couple than the latter.  However, it becomes difficult not to sympathize with the amazing Ann Dowd (pictured above).  Her grief and her love for her son are palpable.  I had never seen Reed Birney before and he gives an impressive performance.  He may seem to be the least sympathetic character, but he has a certain strength and dignity.

Martha Plimpton is every bit as aching as Dowd in one of the best roles of her career.  Jason Isaacs (who plays Lucius Malfoy in the Harry Potter films) portrays a father trying not to let his anger get the best of him.  Plimpton and Isaacs come with the intention not to interrogate the other couple, but eventually the hard questions get asked.

Both couples have great chemistry and all four characters feel devastatingly real.  The movie is dialogue heavy and has the immediacy and intimacy of a great play.  You feel like you are in the room with these characters, wading through their pain as they try to come to terms with something unimaginable.  The film is profound and compassionate, and there are no villains.

The film is a little slow.  It feels more like a play than a movie.  But that’s also what is special about it.  It’s all about the dialogue, the emotion, and the characters.  Out of everything I saw at Sundance, this is the one movie I expect to go to the Oscars next year.  If all four actors don’t receive nominations, I’ll be disappointed.

But first, the movie needs to be picked up for distribution.

chevron_left Is there anything extra during the end credits of Nobody?
What’s in a Movie Analysis Essay? chevron_right