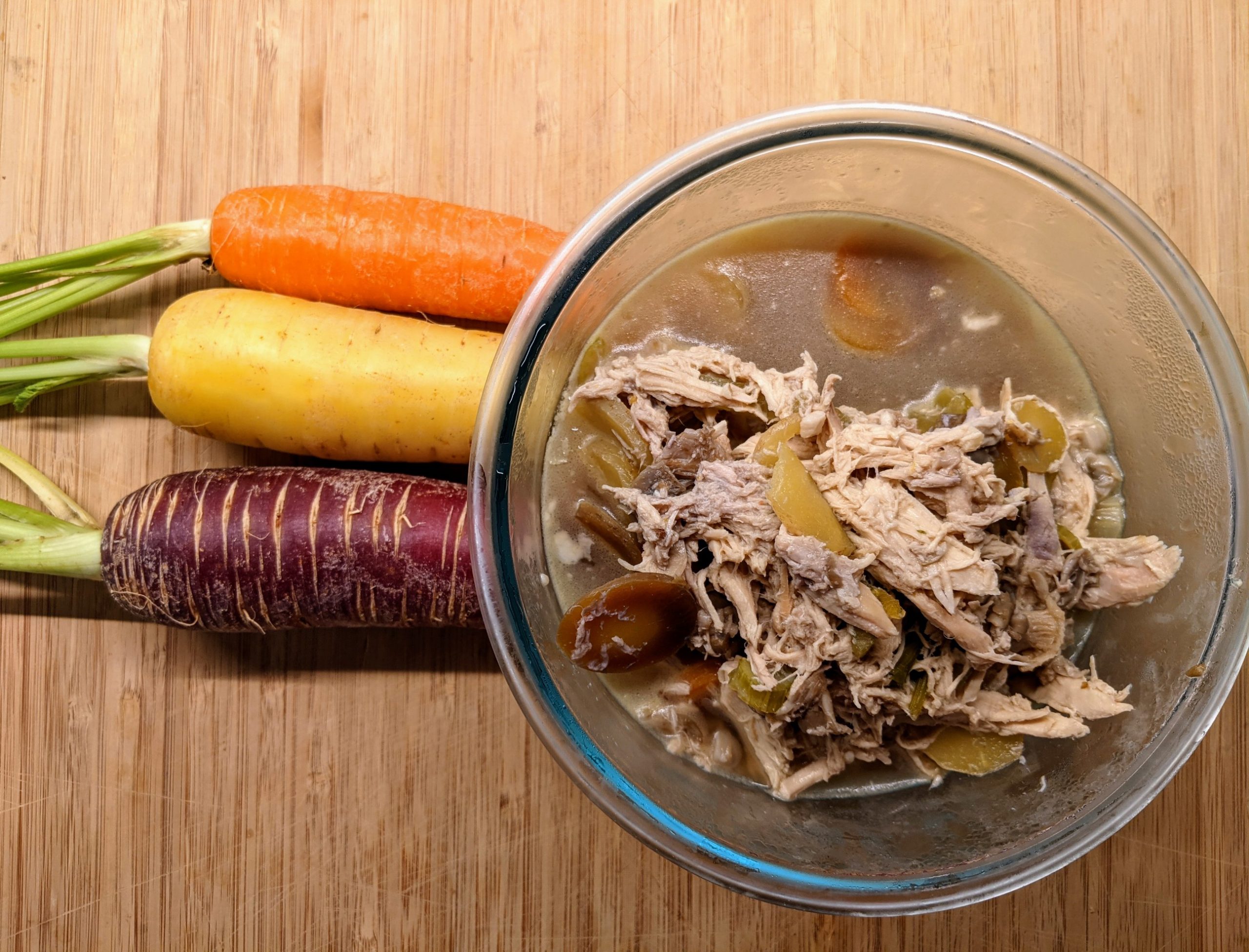 Dagobah stew! Breakfast of champions and Jedi Masters. Yoda’s apparently nasty-tasting stew is featured in Star Wars: The Empire Strikes Back. We don’t actually know what Yoda had in his stew, based on the scene where he encourages Jedi apprentice Luke Skywalker to eat.

One can guess there were lots of slimy creatures in it, muddy roots, and brackish plant life. Here at RunPee Kitchens we’ve worked with what’s on Earth and came up with an inexpensive, easy, and absolutely deliciously filling swamp stew creation. It’s got root veggies (carrots and garlic), vegetable stalks (celery) and…chicken. We didn’t have any lizard flesh on hand.


Our advice: don’t skimp on the meat. You want it to be more stewish than soupish. It’s a simple recipe.

Feel free to cook it in a metal kettle over the fire, just like Yoda does.

Ingredients:
1 carrot (or 1⁄3 each of three different carrots, as in photo above — we used heirloom carrots for color and taste)
2 ribs of celery
3 cloves of garlic
Oil (as needed)
Salt (as needed)
1⁄2-1 quart chicken broth/stock
Cooked, shredded chicken meat (As we said above, this should be lizard meat, since that’s what you’re going to get on Dagobah. But since Luke made a face, we’ll assume lizard sucks. Unless it tastes like chicken. According to The Matrix, everything does…)

BEST SERVED: Set out in simple bowls, hot, as you cue up your favorite Star Wars movies. We chose to watch Solo for Star Wars Day (a highly underrated film), but if you watch Empire, try to time your food to eat during the Dagobah scene in Yoda’s hut. Enjoy with Green or Blue Milk!

Who appears in every Star Wars movie?

chevron_left Primer for Guardians of the Galaxy
RunPee Weekly Newsletter #61 (May 12th, 2021) chevron_right