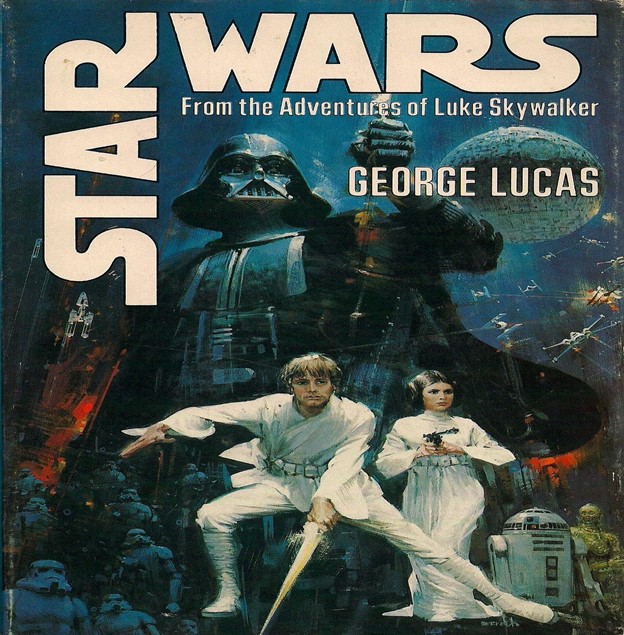 The brainchild of George Lucas and perhaps one of his finest achievements, The Star Wars media franchise is a grand space opera of epic proportions. From its humble beginnings to larger-than-life influence, there is no doubt that the saga exerts an intense and overwhelming impact on pop culture.


The films alone by themselves turned out to be a cultural unifier where people all over the world became a part of an on-going and growing community. To this day followership and fans continue to grow indiscriminately.

According to a recent study by Statista.com, Star Wars is the second highest-grossing film franchise with $10.32 billion in worldwide box office revenue, second only to the Marvel Cinematic Universe. Back in 1978 ‘Episode IV: A New Hope’ made over $775 million at the global box office.

In light of this information, let’s take a quick look at the timeline of how the series started and grew to unimaginable heights while facing problems early on.

Before a mighty journey begins there is always the first step. For many astounding film franchises, there is always some literature that serves as the point of origin and the very foundation on which the entire saga stands and expands later on. For Star Wars it was in 1976, predating the release of the first film, where the novelization initially took place.

Entitled “From the Adventures of Luke Skywalker”, this work was credited to George Lucas and it was ghostwritten by Alan Dean Foster. From there on novelizations for the films and numerous trilogies began and brought much joy to avid readers and fans of the franchise. The Thrawn trilogy in particular by Timothy Zahn was widely praised and regarded as a fine effort that revitalized the whole franchise.

With the 1970s not favoring the sci-fi genre, George Lucan fought against various hindrances and overcome numerous adversaries to make the Star Wars film a reality. Inspired by the Flash Gordon serials, to which he was unable to secure the rights, he went on the journey of creating his own epic space opera.

After completing the necessary research and written treatment for the film he got rejected by United Artists, Universal Pictures, and Walt Disney Productions. These were massive blows to the confidence of George Lucas and Gary Kurtz who was serving as the producer.

However, the two never gave up hope. It was finally Alan Ladd Jr. heading the 20th Century-Fox at the time, who finally agreed. However, it was obvious that he too invested in George Lucas rather than the film itself.

Furthermore, the film also went through tremendous delays and troubles all through the writing, filming, and post-production period.  An early cut of the film was shown to several Fox executives and director friends, in which Steven Spielberg was the only person to have enjoyed it.

Moreover, when the film was completed it was initially released in fewer than 40 theaters in fear that other blockbuster summer movies would gnaw at its humble beginnings.

Albeit the risk, it was on May 25th, 1977 that the film was shown to audiences and it was here when all troubles for the franchise ended. Soon the film garnered an incredible response from audiences and critics alike.

A new era began becoming an unstoppable force that could seemingly remove even the most immovable objects along its path!

Achieving critical claim with the first film of the franchise and winning several Academy Awards and British Academy Awards, it was no wonder that the Star Wars saga got a great start. What followed next was pure bliss for filmmaker George Lucas and his studio.

This was later on followed by the final installment of the trilogy ‘Return of the Jedi’ in 1983 grossing $475 million at the Box office. Students during the time opted for essay help so that they could enjoy the action on the big screen.

With merchandise sales soaring and more people becoming infused with the Star Wars’ infinite charm, it was finally George Lucas’ decision to revisit the saga and set things straight once and for all. His decision however was greatly inspired by when he saw what CGI (computer-generated imagery) could do for filmmaking.

This eventually led to the development of the prequel trilogy that brought unprecedented success to the Star Wars movie franchise. Young learners at the time sought cheap assignment writing services so that they too can enjoy the story unfolding right in front of their eyes.

George Lucas already had plans for the nine-part film series when he initially began writing the plot down for the amazing Star Wars saga. Once the prequel series was done, it was time to move towards the final chapters.

The Walt Disney Company stepped forward now realizing how much the franchise was worth and made haste to acquire it. By 2012 the acquisition and plans to produce the trilogy were announced. The rest is history.

How can I do justice to a global phenomenon that is shared by several generations around the world at the same time? No matter how you look at it, Star Wars has forever changed and influenced our lives while bringing billions across the planet together as a community.

Simply the phrase “May the Force Be With You” incites both hope and sarcasm when used in popular lingo.

In the end, the Force is all that remains whether you fancy yourself as a Sith Lord living in the shadows or a Jedi Grandmaster marooned on a distant planet.

Stella Lincoln currently works as an Assistant Editor at Crowd Writer and Assignment Assistance. She is quite fond of indulging herself in pop-culture including anime, movies, music, and video games. During her free time, she likes to doodle and create wall art.