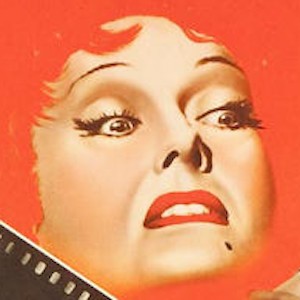 Sunset Boulevard, if you haven’t already seen it, is a scathing, withering attack on the morals and mores of mid-twentieth century Hollywood. And Hollywood wasn’t best pleased. Following an advance screening for the industry bigwigs, Louis B Meyer was apoplectic and tore into director Billy Wilder thusliwise… “You befouled your own nest. You should be kicked out of this country, tarred and feathered, goddamn foreigner son of a bitch!” Austrian-born Wilder responded with, “Why don’t you go fuck yourself?”

Sunset Boulevard tells the story of Norma Desmond (Gloria Swanson) a former star of the silent screen who was abandoned in the wake of the talkies. Into her life drops screen writer Joe Gillis (William Holden). I say “drops,” but it’s more of a bailout from life; he’s on the run from some men who are keen to repossess his car, and a blow out forces him down a drive to a, seemingly, deserted house where he hides out.


I Am Big. It’s The Pictures That Got Small.

Joe gets spotted by butler Max (Erich von Stroheim) and is mistaken for an undertaker — who is there to deal with a deceased chimp (honest!) — and ends up taking the fancy of Ms Desmond, who has been writing a script for her comeback movie. Norma has a few bob, but is desperate to get back in front of the camera to rekindle her fame. She starts to spoil Joe with expensive suits and jewelry, and he dives into the trough to get as much as he can.

It soon becomes apparent to Joe that he’s what we’d now call arm candy for an older woman; at this point I refuse to comment for fear of making any hypocritical remarks. Hey! I used to be young!

Now Joe starts to get torn between his lonely life of luxury and a desire to be back amongst his own friends and generation. Throw in the promise of a big, showbiz New Year party, and Joe decides to stick with Norma.

We Didn’t Need Dialogue. We Had Faces!

Norma takes Joe out and buys him a whole wardrobe of clothes, including evening dress for the party. So New Year’s Eve rolls around and Joe puts on his fancy new togs. He goes down and Norma is in one of the big rooms, and there’s a small orchestra playing. They have drinks and start dancing. Joe asks when everyone else is coming and Norma drops the bombshell… no one else is coming! Joe grabs his expensive coat and heads into town to meet up with his friends.

He goes from a huge house with an orchestra and one other person, and pitches up in a flat that is heaving with bodies and a couple of guys on a piano in the corner. Here he reacquaints himself with Betty Schaefer (Nancy Olsen) and they start to connect, but she’s tied up with his friend, Artie Green (Jack Webb).

This connection is exacerbated by a screenplay that he’s writing with her, which he starts sneaking out of the house at night to work on until the story reaches its tragic climax.

All Right, Mr. DeMille, I’m Ready For My Close Up

If you have any appreciation of the early years of cinema, this film resonates. The story of silent stars being left to rot is not a fantasy. Much of what Norma Desmond says is not such a fiction; “Without me there wouldn’t be a Paramount studio” is not so far from the truth, as Gloria Swanson was the studio’s biggest star for six years.

The isolation and mental distress of Ms Desmond is based on several leading ladies from the silent era; Mary Pickford lived in seclusion, away from the public eye, while both Mae Murray and Clara Bow had well documented struggles with mental illness.

There are some nice cameos; Cecil B DeMille, Buster Keaton, Hedda Hopper, and Anna Q. Nilsson all play themselves. This does make me wonder whether or not Louis B Meyer was out on his own with his opinion of Sunset Boulevard.