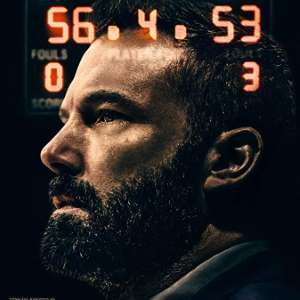 I try to write spoiler free reviews, but this time it’s unavoidable. You’ve been warned.

I don’t want anyone to be mislead going in. This isn’t a feel-good story. There’s basketball in the movie, but it isn’t about basketball. And it doesn’t have a happy ever after ending.

This movie is about the demon of addiction some people face. The demon can’t be killed; the only hope is to subdue it and hope for a long slumber. But the demon never sleeps deeply.


What The Way Back has is realism, and a great performance by Ben Affleck. Ben has been transparent about his own issues with alcoholism for the past 20 years, so he can draw from personal experience the anguish that comes with addiction.

This movie feels like it’s based on a true story. So much so, you half expect the credits to start with a where the real characters are now update. But it doesn’t, because there isn’t. That’s how real it feels.

One last warning to mention. One of the themes in this movie — that the trailer doesn’t touch on — is the death of a child. I only mention this because it may be a trigger for some people.

About The Peetimes: This movie isn’t about basketball. I chose to make Peetimes out of some of the basketball scenes because they are easy to summarize. Otherwise I would have to have scenes with emotion and drama…that is what the movie is really about. I would recommend the 2nd Peetime. It’s mostly a montage. The 3rd Peetime is for emergencies. It has a good pregame speech.

There are no extra scenes during, or after, the end credits of The Way Back. (What we mean by Anything Extra.)

Rated (R) for language throughout including some sexual references
Genres: Drama, Sport

Is there anything extra during the end credits of The Way Back?