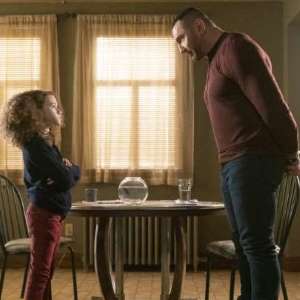 My Spy opens March 13.  In the preview of this comedy adventure, Dave Bautista gets schooled by Chloe Coleman.  He’s not the first person to be outsmarted by a child on the big screen.  In fact, here’s my list of top 5 movie kids who are smarter than adults.

Tatum O’Neal plays opposite her own father Ryan O’Neal in this comedy about a nine-year-old who tags along with a con man.  Tatum’s character Addie proves to be a skilled grifter and partner-in-crime to Ryan’s Moze.  She even finds a way to get Madeline Kahn out of the picture when Moze starts to fall for her.  Tatum became the youngest Oscar winner in history for her performance.

Mara Wilson plays the title role in this classic children’s movie.  Matilda is a little girl who loves books and learning.  She punishes her father for not enrolling her in school by gluing his hat to his head and blowing up his television.  When she discovers she has telekinetic powers, she uses them to overthrow an unjust and abusive principal.

The heroic trio from the Harry Potter series (played by Daniel Radcliffe, Rupert Grint, and Emma Watson) manages to sneak behind the backs of most adults, go on daring adventures alone without permission or supervision, and stay a step ahead of Voldemort.  Hermione is exceptionally smart.  Like Matilda, she loves books and learning.

McCauley Culkin lives every kid’s fantasy in Home Alone:  having the house to himself with no adult supervision.  Unfortunately, he also has to to protect the house from The Wet Bandits (Joe Pesci and Daniel Stern) with a series of homemade booby traps.  Then he has to do it in again in New York City!  But as he said in Uncle Buck, “I’m a kid.  It’s my job.”

First of all, Wednesday (the excellent Christina Ricci) is the only one who suspects new nanny Debbie of villainous intentions.  Second, she stages a complete overthrow of the summer camp (a place where mediocrity and condescension rule).  Third, she sets the record straight on Thanksgiving.  That’s pretty impressive.

chevron_left Is there anything extra during the end credits of The Way Back?
Movie Review – The Way Back chevron_right