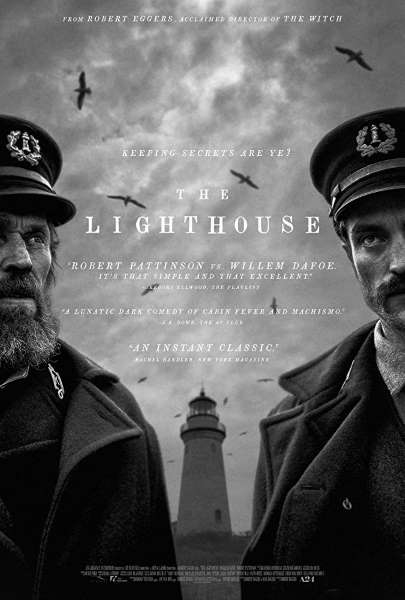 It’s no secret I have issues with A24 productions. I have seen them all. I go in with an open mind — and every time but twice I’ve hated them. Spring Breakers and Tusk get a free pass; those entertained me.

When I saw the trailers for The Lighthouse, I was excited. It looked to be right up my alley — great cast, and the setting was set at what I’d call one of my happy places. (I’m a lighthouse lover.) Then in big letters I see it…A24 Productions. I internally groaned and thought to myself that just maybe I’d still like it, because what could go wrong with such a great concept?

I’m still laughing about how wrong I was.

I gave ‘It Comes at Night’ a scathing review, and had a lot of backlash from users on how badly I trashed it. I tried explaining to them that a review is a singular person’s thought on a movie. My opinion. Their opinion was different and that’s totally okay. So here it goes, enter my opinion, stage left.

I did not like this movie. At all. It has taken my number one spot of the worst movie ever made. It made my head hurt and I can still hear the blasted foghorn.

For starters, I couldn’t understand them. The accents used were so over the top that all I heard was gibberish. Enough said there.

I could pick this movie apart like a turkey on Thanksgiving, but I’m going to stop here. I conveyed my feelings well enough, I think. It was simply dreadful.

Thanks A24 for finally settling an ongoing internal battle. You will never lure me in again. Shout out to my boss — my wonderful brother — there isn’t enough money to get me to do another A24. I’m done.

About The Peetimes: I have two Peetimes at 29 and 51 minutes. The middle Peetime is a very short ‘Alert Peetime’ containing graphic animal cruelty to a bird.

There are no extra scenes during, or after, the end credits of The Lighthouse. (What we mean by Anything Extra.)

9 thoughts on “Movie Review – The Lighthouse”