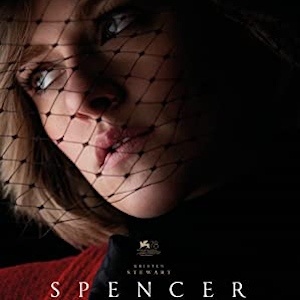 I must start this review by saying I am not an expert on the Royal Family. I’ve kept up with some of the highlights but history-wise, not so much. However, I can remember exactly where I was when I heard about Princess Diana’s death and I watched the wedding as a child.

With that being said, after watching Spencer I’m going to do some major research. I must know more. I want to know about her childhood, I want to know about her marriage to Prince Charles, and to wrap it up: I need to know more about how the Royal Family treated her. I can say that Spencer didn’t portray them in the nicest of fashion. It was blatantly obvious that her decline in mental and physical health was due to them.


On my way home from the theater, I listened to Elton John’s remake of “Candle in the Wind” that he did for Princess Diana. I teared up in the theater, but listening to that song brought on the waterworks. Her life, while yes there were happy moments but more so such a tragedy. A life that ended way too soon.

Let’s move on to the acting side of the film. Wow, Kristen Stewart was amazing with a capital A!

It’s hard for me to watch her in movies and not see Bella from Twilight. Last night that wasn’t a problem. I saw Princess Diana. Her posture, her eyes, her demure look that was always so enchanting. Stewart played an intense, gut-wrenching form of Diana.

It gets even better, the supporting cast was top-notch.

Every single supporting actor brought more depth, more deception, and even some humor. Thinking back there were three laugh-out-loud moments. It was enchanting and infuriating to watch.

I honestly hope Spencer garners the attention it deserves. I feel some awards should be received — definitely for Stewart — but also some of the supporting cast. I hope you give this movie a chance and witness the greatness that I did.

About The Peetimes: I would recommend the 2nd Peetime. The first I would only use in an emergency. My actual recommendation is to RunPee before the movie starts and then not leave your seat for the entire movie. The flow is the best thing in the movie and you really don’t want to interrupt it.

There are no extra scenes during, or after, the end credits of Spencer. (What we mean by Anything Extra.)

Plot (Spoilers)
During her Christmas holidays with the royal family at the Sandringham estate in Norfolk, England, Diana decides to leave her marriage to Prince Charles.
Facebook
Twitter
Pinterest
LinkedIn

chevron_left Movie review-The Eternals
Is there anything extra during the end credits of Spencer? chevron_right