Movie Review – Shazam! – Great for Tweens, Less So for Adults 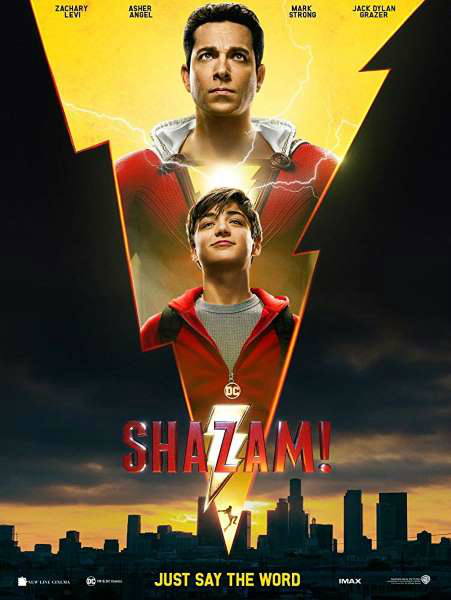 I’ll start by setting the context: I love action/superhero movies, but never read any comics. So, I’m basing this review strictly on how I see the movie, not how it compares to any other body of work.

While I definitely didn’t like the movie, I’m sure young boys under 12 years old or so will eat it up.

I didn’t like the movie on a number of levels. The pacing was poor. There was way too much time spent on scenes that just didn’t do anything for the plot or characters.

In short, it’s just another adequate DC production that labors to impress, then falls short.

About The Peetimes: Vera and I independently agreed on all 3 Peetimes, so we’re confident these are as good as they can be. The 1st Peetime is only for Emergencies, because there’s an important scene shortly after it ends. The 2nd Peetime is Recommended. You won’t miss any good humor or action. The 3rd Peetime is okay, but has a lot of hero/villain conversation.

There are extra scenes during, or after, the end credits of Shazam! (What we mean by Anything Extra.)

Do you know what SHAZAM Stands For?

1 thought on “Movie Review – Shazam! – Great for Tweens, Less So for Adults”