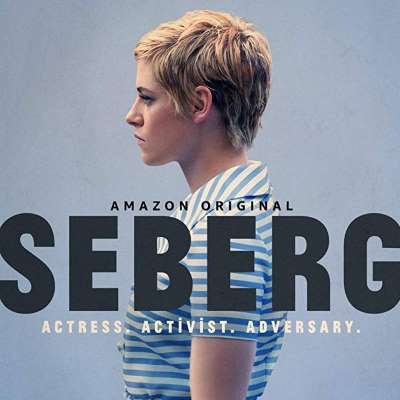 An absolute stunning portrayal of a shocking travesty. I feel my previous line says it all, but let’s go a little deeper, starting with Kristen Stewart’s performance. That gal did her homework on Seberg; at times I forgot it was Stewart — it totally felt like I was watching the actual Jean Seberg. (Yes, I did my homework too. She was a little before my time, but thank God for YouTube and Wikipedia.)

I’ve read a few reviews and some are complaining about the movie not explaining why its protagonist’s political beliefs were so revolutionary. Here’s my thought on that: if a movie-goer is setting out to watch this film, they already know Seberg was very involved with the political/racism strife in America.

Why should the movie dwell upon an already known fact? In my opinion, they did it correctly. Instead of wasting minutes on that, they were able to enrich the experience with unknown personalization. That’s like saying, “Show me why Jack Sparrow is a pirate?” Because he was, that’s why! It’s an already-known factor. Show me things I don’t already know — and there were plenty. Enough in fact that I did more research when I came home. The movie made me care about something I knew nothing about before yesterday.


The American Dream — the caucasians only club

[Spoilers ahead. Read on only if you already know the gist of Seberg’s story.]

Loud and clear on the screen I watched how terrible the FBI abused their authority. The FBI ruined this woman’s life. They are the ones I feel are responsible for her newborn’s death, and ultimately hers. Blatant lies and falsely written reports to keep the forward-thinking people under the government’s thumb. It was sickening to see the excitement some of the agents gleamed from such falsehoods. From Hoover all the way down, these agents were monstrous.

Seberg wanted equality and education for all races. She donated thousands to the cause; she wanted her voice to help the world; she wanted all people to have the chance at the American Dream. That passion killed her career, her child, and herself. I do sincerely hope the officials involved with this fiasco feel the shame and horror of what their actions caused. Jean Seberg can’t. They killed her. Out of all the agents assigned to this case, one man –Agent Jake O’Connelly — could see the injustice. His voice wasn’t enough either.

Seberg will raise your blood pressure along with your awareness, and make you wonder about us as a nation — what we’ve done and what we could do differently. I highly recommend this presentation of the truth.

About The Peetimes: With such a psychologically-driven movie, Peetimes were quite difficult to find. These 2 will work for you, and I hopefully avoided using any crucial times.

There are no extra scenes during, or after, the end credits of Seberg. (What we mean by Anything Extra.)

chevron_left Is there anything extra during the end credits of Seberg?
Weekly Peeple’s Poll Results for March 2, 2020 chevron_right