One of the lesser-known but most uniquely useful features of the RunPee movie app is the 1st 3 Minutes (aka the Running Late Feature) explanation of each wide release movie we see while getting Peetimes. And seriously, we see 150+ films a year for the app, so if you’re worried about missing the beginning of a film, as Princess Leia says, we’re you’re “only hope.”

RunPee co-creator Dan says, “Many users suggested [the Running Late feature] because it’s easy to miss the opening few minutes due to being stuck in line at the concessions, or rest room, or just getting to the theater late.”

Ever been late to a film? No one — I don’t care who you are — makes it on time, every time. And if you’re stuck in line for food or AMC MacGuffins’ beers, you won’t know what happened in the beginning. 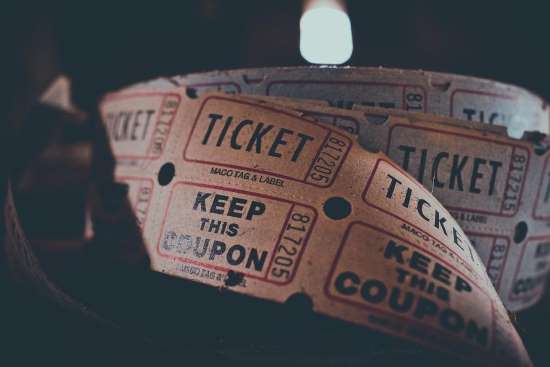 What a rotten feeling when you’ve spent $15 dollars on a film ticket.

No one else offers this, and it’s such a USEFUL app feature. We don’t exactly promote this the way we do Peetimes or Extra Scenes, but it’s just as important to our work and the RunPee fans. You need to know about it.

Why you need to know about the First Three Minutes:

Some movies have a slow beginning you can catch up to easily. Back in the day, movies opened with long credit sequences. You could miss those.

These days, films start with a cold open, often in Media Res (where the action picks up in the middle of the story). Also, if a film begins with an opening crawl, voice-over narration, or just a scene-setting montage, you’ll be out of luck if you come in late. Who needs this stress?

Our Running Late/First Three Minutes benefit handles this smartly, giving you everything you need to know if you’re running behind, for any reason.

Why doesn’t everyone do this?

It doesn’t matter, since we do.

Along with providing Peetimes and Extra Scene info, now you only need one movie app loaded up and ready to go for every wide-release film. Once you enter the cinema, you won’t need to mess around. RunPee gives you more information you need than any other movie app in existence, and only costs ten cents a movie (or free if you watch a few short ads…or you can buy an Infinity Peecoin that lasts forever.) So everyone can use RunPee in whatever way is easiest.

Where is the Running Late — AKA First Three Minutes — Feature located on the RunPee app?

It’s not the easiest button to find, unfortunately, because our main goal is providing  the best possible Peetimes first, and the Extra Scene info second. The Running Late button is located near the bottom of the Peetimes Screen, just beneath Anything Extra.

Once you find the Running Late feature, you’ll be all set for all time. It’s there, for every film.

The Running Late button isn’t buried, but we add so many useful features on one app. We add 150+ movies to RunPee each year, so we can’t have everything listed on top.

That’s is why we’re writing this post — too many fans don’t know we offer this insanely helpful element on the app.

Hopefully, this article will give you what you need to know. Helping movie-goers enjoy a film is our entire goal. Over 100,000 + (and growing!) fans love what we do. We know you will too. Go check out the Running Late RunPee feature now.

Why do I only see old movies in the Movie List?