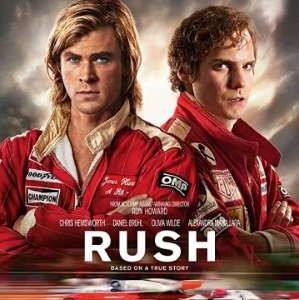 Ron Howard is the master of recreating history into an entertaining movie. He did it best with Apollo 13 — yes, that’s a true story for those who didn’t already know — but Rush is nearly as good. I’m a bigger space exploration fan than a racing fan. Either way, Rush is a compelling story that is well told by one of the storytelling masters.

The acting was spot on. Chris Hemsworth was the perfect choice for James Hunt. We get to see a little footage of the real Hunt at the end of the film. The physical similarities between him and Hemsworth are striking.

The filmography was fantastic, especially during the racing scenes.


Best of all, the pacing was exactly what it needed to be. The film starts in the middle of the story and then backtracks to six years prior. The buildup to the dramatic scene adds tension, and the story keeps a good pace, giving us enough background without going overboard.

Personally, I enjoyed the movie, but I didn’t love it. But that’s only because I’m not a big racing fan. However, it’s impossible not to give this movie high marks based on how well it was directed.

About The Peetimes: All of the peetimes work pretty well, so just take your pick. That said, the second peetime contains a crucial scene to the plot, but it is very easy to summarize.

I was very careful not to have any peetimes that included racing scenes.

There are no extra scenes during, or after, the end credits of Rush. (What we mean by Anything Extra)