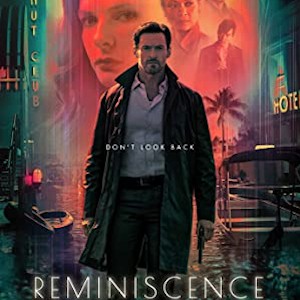 This movie had the potential to be great, yet it was just okay.

Plot (Spoilers)
A scientist discovers a way to relive your past and uses the technology to search for his long-lost love.

Don’t take me wrong, I enjoyed it. Especially the great performances by Hugh Jackman, Thandiwe Newton, and Rebecca Ferguson. Bonus points for Asian actor Daniel Wu, who was the Prince Charming in every girl’s dream back in the 2000s in China. I also enjoyed the soundtrack. The director definitely knows how to set the mood for a movie.


The story itself is simple enough, but when I think about the movie afterward, my focus goes to the things in the periphery of the main storyline. There are messages left there, yet I couldn’t get a clear one out. Of course, it could all be me overthinking it, but I still think it had the potential to dig deeper and be great, but turned out to be just okay.

Here are a few things I think had the potential but fell short.

First, it’s cool that the movie is self-referential. But then again, it’s not a new trick. It could have been weaved into the story in a smarter way so it doesn’t feel as heavy-handed. (Don’t ask me how. I’m neither a writer nor a director. Christopher Nolan might have a thing or two to say.)

The story takes place in a future that doesn’t seem too far-fetched or faraway, especially with recent disastrous weather events. But the story is told in a way that’s more about it than anything else. There’s not much of a “big picture” to it. What do I mean by that? There are ways to tell a story; I believe the good ones are either a story that serves a grander goal, or everything serves a grander story. But in this case, everything serves a mediocre story.

If I didn’t have to write a review that makes me really think about it, I wouldn’t even notice the potential it could have had. I would have left the theater not feeling much at all. But then again, it was nice to see Hugh Jackman on the big screen again after a long while.

About The Peetimes: I would recommend using the third Peetime, but the other two are okay.

There are no extra scenes during, or after, the end credits of Reminiscence. (What we mean by Anything Extra.)