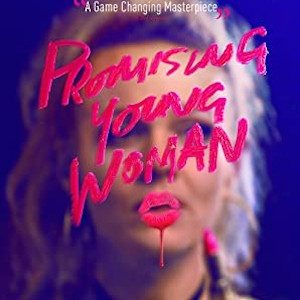 We did it folks! We’ve almost brought 2020 to a close and I’m happy to report my final movie of the year was incredibly fun. Promising Young Woman was so fun that I ended up laying down in the fetal position and crying, “Will I ever win?!” Let me explain what happened.

Note: forgive me, but this is more personal story than movie review.

Let me give you a play by play action recap. First off, Emerald Fennell not only wrote the book but she also directed the movie. That gave me hope that she was able to control what was done and brought her vision to life properly. Last night I didn’t know this was based on a book. I do now and I’m going to read that book. There are a few things from the movie that I was confused about and feel it’s worth my time to read it.

Let’s skip over to a quick history of my part in RunPee. This is my brother’s brain child, his magnum opus, so to speak. My contribution stems from wanting to help my brother bring his dreams to life. What were my qualifications you ask? I was family and I work cheap. [Editor: who exactly bought that car for you?] Am I a bonafide critic? Nope, just a housewife that loves movies, and a sister that is always trying to keep up with her [edited] slightly older brother. My childhood was a constant loop in trying to beat him, but losing every single time.

I’m sitting in the movie theater all excited for what is about to play out in front of my eyes. The lights go down and there it is…the Bills versus the Patriots. Seriously, this is the most crucial game of the season for me.

Again, keeping with the thought of trying to beat my older brother at literally anything, I joined his Fantasy Football league.

Each week our league has head to head matches. This week happened to be against my brother. When I walked into the theater, I was ahead by a few points, thinking to myself…OMG…this is my moment to shine…I’m gonna win. My brother had one player left to play in this particular game, which also happens to be at the same time as my movie. So what do I do as a good employee…watch the movie or the game on my phone??? You guessed right; I did both.

Now I don’t want you thinking I was disturbing anyone while I’m watching the game of the century. I was in the back row and there was only one other person up front. So the movie starts and the game starts. Promising Young Woman takes off wonderfully; I was loving the music choices and the slight noir feel. I’m also loving the fact that I’m still 13 points ahead of my brother. Then it happened…the movie got crazy and Stefon Diggs (WR for the Bills) lights that screen up. Noooooo!!! My brother’s final player scores an unprecedented 41.5 points! At this point, Carey Mulligan (Cassandra) is completely killing it on the screen and I’m crying on the sideline. You know those cartoons where the tears fly off the babies faces?? I did an instant replay of that in the theater. I’m throwing my clipboard and throwing up my hands, thinking about it, I must have looked like Bill Belichick did last night.

So I lost. Again. [Editor: practice makes perfect.] Totally getting used to it after 47 long years. However, I did win with Promising Young Woman. It delivered a very thought-provoking movie that made me want to read the book, so I can get to know Cassandra even more.

There is a lot of dark humor and a roster filled with a wonderful supporting cast. It helped build the perfect drama/comedy/romance story to end this trying year.

About The Peetimes: I was able to find 2 fairly long Peetimes. They’ll both work well and hopefully keeps the pacing up for you even with stepping out of the theater for a moment.

There are no extra scenes during, or after, the end credits of Promising Young Woman. (What we mean by Anything Extra.)

chevron_left Is there anything extra during the end credits of Promising Young Woman?
How To Make 9 Classic Movie Cocktails chevron_right