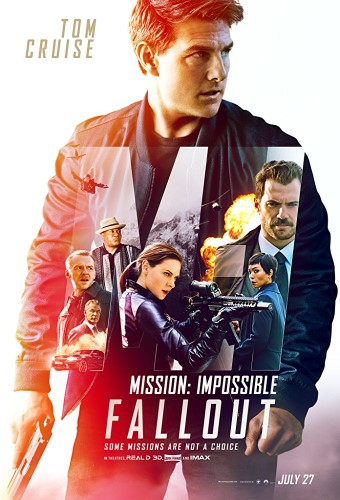 I re-watched the previous Mission Impossible movie — Rogue Nation — last night, and boy am I glad I did. MI: Fallout follows closely on the heels of the previous movie and if you, like me, haven’t watched it recently, you might want to give it a re-watch before heading out to see the sequel. If you don’t have time, you can read my What you need to know before seeing MI: Fallout article that will refresh your memory about the key elements from the previous movie.

In my review for MI: Rogue Nation I gave it an “A,” and it’s hard to find a meaningful difference between the two. In many respects these two movies are just one long movie, with a three year intermission.

If there’s one glaring difference between the two films, it’s that Jeremy Renner, who played William Brandt in the previous two MI movies, isn’t seen or mentioned in Fallout.  (Find out why.) The space for a new character is taken up by Henry Cavill (a.k.a. Superman) who fills a similar role on the team, that being an equal to an Ethan who can oppose his ideas…but Cavill’s character doesn’t come close to providing the same levity. (Not the actor’s fault. The character just isn’t written that way.)


The twists and turns of plot in this movie require a lot more attention. We should all pity those moviegoers who don’t have the RunPee app, and get up between the 2nd and 3rd Peetime. They’ll come back and be completely baffled.

Personally, I’d suggest the 3rd Peetime. It’s one long scene that continues well after the Peetime ends. You won’t miss anything important, just some running,  and a bit of mild humor.