Frozen Adventures You May Have Missed 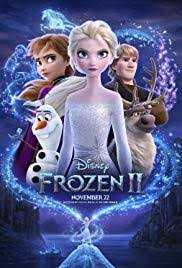 Disney has finally given in to the demands of countless children, and made a sequel to their hit film Frozen.  I already have my tickets and will be seeing it opening weekend with my girlfriend, the world’s biggest Olaf fan.  (No, seriously.  I can’t sleep at night anymore because of all the stuffed snowmen staring at me.)  In-between the two films, Anna, Elsa, and Olaf had a few adventures you may not know about.

So, in case you’re a completist like me, here’s three Frozen adventures you might want to see. 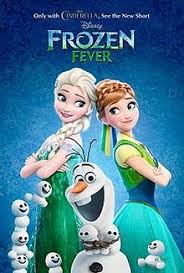 This seven minute short debuted in theaters in front of Disney’s live-action Cinderella in 2015.  Elsa tries to give Anna a surprise birthday party.  However, Elsa has caught a cold, and with every sneeze she produces a bunch of “Snowgies” — adorable snowball-like creatures — who begin dismantling the decorations.  The cartoon features a catchy new song: “Making Today a Perfect Day.”

Frozen Fever can be found here: 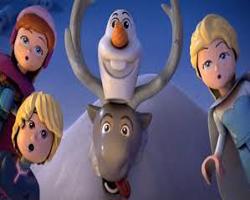 Frozen gets the Lego treatment in this four-episode TV miniseries.  Elsa and Anna journey to find the Northern Lights, which are invisible from their home of Arendelle. 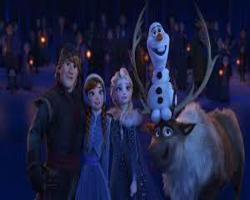 This twenty-one minute cartoon debuted in theaters in front of Pixar’s Coco.

Unfortunately, many audience members didn’t come prepared to see Olaf, and didn’t like waiting nearly half an hour for their Coco feature to start.

The cartoon was eventually moved to play after the feature, and then removed completely and made available on streaming sites.

During the first Christmas since the gates reopened, Olaf tries to help Elsa and Anna start some new holiday traditions, by finding out how the residents of Arendelle celebrate.

Don’t hold it in.  Let it go.  With the RunPee app, you don’t have to wait for the credits to go to the bathroom.  We’ll tell you the best times to go so you won’t miss the best parts of the movie.  And we always have Peetimes for the latest movies like Playing With Fire, Arctic Dogs, and Maleficent: Mistress of Evil.  You can also keep up with the latest movie news and reviews by following us on Twitter @RunPee and liking us on Facebook (www.facebook.com/RunPee/).

2 thoughts on “Frozen Adventures You May Have Missed”