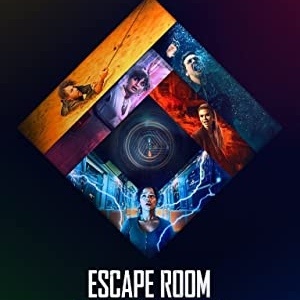 If you enjoyed the first Escape Room—I did—then I’m sure you’ll enjoy this sequel because it’s really a continuation of the first movie. Both movies are so short the two of them together add up to one properly long movie.

Plot (Spoilers)
Six people unwittingly find themselves locked in another series of escape rooms, slowly uncovering what they have in common to survive. Joining forces with two of the original survivors, they soon discover they’ve all played the game before.

I wish I had rewatched the first Escape Room prior to seeing the follow-up. But, the first 2 1/2 minutes of this movie recap what happened. But given that the end credits of Tournament of Champions are 7 minutes long that leaves this movie with less than 80 minutes of original content. To me, that feels a little too short.


On one hand, this movie doesn’t dawdle and drag scenes out unnecessarily, which many movies mistakenly do. On the other hand, there seems to be a lack of meat on the bone so to speak. I think the answer lies somewhere in giving the characters a little more time to interact between challenges. I think the creators feel like they don’t want to keep to a frantic pace, but adding breathing scenes helps the characters bond, which gives the audience a chance to bond with the characters and raises the stakes.

About The Peetimes: I have two good Peetimes. I would recommend the 2nd one because it doesn’t involve any clue solving.

There are no extra scenes during, or after, the end credits of Escape Room: Tournament of Champions. (What we mean by Anything Extra.)

chevron_left RunPee Weekly Newsletter #70 (July 14, 2021)
Is there anything extra during the end credits of Escape Room: Tournament of Champions? chevron_right