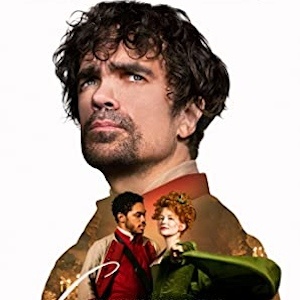 Peter Dinklage was masterful in expressing the hidden emotions of Cyrano de Bergerac. Cyrano is one of the more difficult characters to perform because he needs to say and express one thing to the characters in the movie, notably Roxanne, while simultaneously expressing to the audience his deep pain and longing for Roxanne. I can’t imagine anyone doing a better job than Dinklage.

Also, Dinklage wasn’t exactly hired for his singing voice, but he is a surprisingly good, but not great, singer.


Haley Bennett, as Roxanne, was outstanding. She was vibrant when called for, petulant when needed, and sorrowful when it counted the most.

Other than that, the production quality was top-notch. The sets and costumes were fantastic. I can’t wait for the sequel. 🙂

About The Peetimes:  We have 4 Peetimes spread nicely throughout the movie. Vera and I agree that the first two Peetimes are best.

Our focus was to avoid missing any of the fantastic acting by Peter Dinklage, but at a cost of missing some of the singing scenes.

There are no extra scenes during, or after, the end credits of Cyrano. (What we mean by Anything Extra.)

Plot
A man ahead of his time, Cyrano de Bergerac dazzles whether with ferocious wordplay at a verbal joust or with brilliant swordplay in a duel. But, convinced that his appearance renders him unworthy of the love of a devoted friend, the luminous Roxanne, Cyrano has yet to declare his feelings for her and Roxanne has fallen in love, at first sight, with Christian.

chevron_left Jack Reacher History – The Short And The Tall Of It
Is there anything extra during the end credits of Cyrano? chevron_right