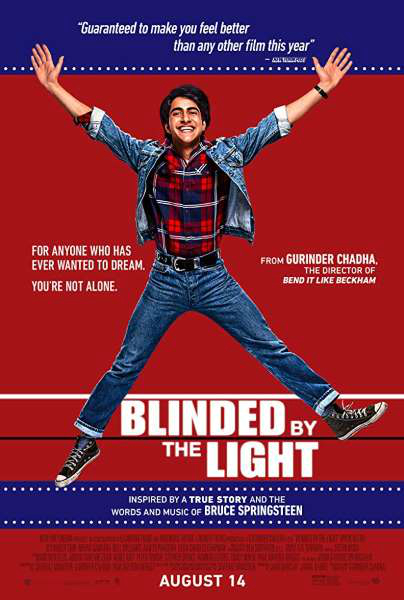 Rather than Blinded by the Light being a semi biographical movie about Bruce Springsteen, it was more a movie about race, struggle, bigotry, and cultural survival. But more than that, it was a movie about a father and son who could only hope to bridge the generation gap that threatened to tear the family apart.

The awesome music of The Boss provided much needed breaks from the intensity of the emotions onscreen, but also gave the audience a chance to breathe after some of the stressful scenes between Javed…and basically the rest of the world.

So, if you’re a fan of Bruce Springsteen, you must see this movie. It’s a great date flick, and some of the lyrics of his songs were well placed for effect. I’m most pleased to give Blinded by the Light a solid A.

About The Peetimes: Blinded by the Light was so beautifully done that getting Peetimes was a challenge. Since it was mainly dialogue driven, trying to decide what was germane to the plot presented a bit of a dilemma. I did get 3 good Peetimes, 2 of which will give you extra half minutes.

There are extra scenes during, or after, the end credits of Blinded by the Light. (What we mean by Anything Extra.)