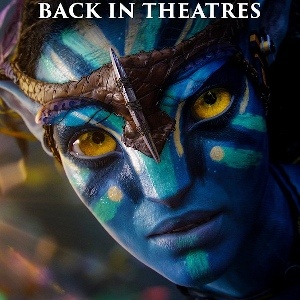 A word about 3D
I get motion sick fairly easily. So I was a bit apprehensive going in to see this in 3D. I usually avoid 3D screens, and on the occasions that I have experienced them, it was bad. Usually, 3D movies show a few scenes here and there in 3D, but the majority of the time you’re wearing those funky glasses for nothing.

Well, that’s not the case here. Cameron waited 10 years to make this movie because he wanted to do it right – which means he wanted to do it his way. The movie is 3D from beginning to end. And not just that, but it’s good 3D. Cameron doesn’t go for cheap gimmicks by randomly throwing things at the audience. Oh, sure there are a few, very few, times that something might make you flinch, but for the most part, the 3D experience just brings you deeper into the scene.


And I completely forgot that I was wearing the glasses and watching a 3D movie after about the first 30 minutes. The movie is that good. So see it in 3D or don’t even bother seeing it.

Stunningly beautiful
I’m going to go out on a limb and say that there has never been a more beautiful movie ever made. Pandora is breathtaking. You get that from the previews but you see so much more in the movie.

Pacing and story
Cameron is a master at pacing. No, he is the master at pacing. You’ll get pulled into the story and forget that you’re sitting in a movie theater even though the movie is 2 hours and 40 minutes long. The movie seamlessly switches back and forth between the avatar and non-avatar world. You’re never in a scene too long that it begins to drag. The action scenes are just long enough. Cameron never interjects additional action just to show off. He’s here to tell a story that he has worked and re-worked for years. That makes it tight.

Acting
Nothing more to say than it was perfect.

Bottom line
Cameron has secured himself in the director pantheon. In my opinion, he and Spielberg sit alone at the pinnacle of Mt. Director. Cameron put everything on the line and risked a great deal of money and his reputation. Both are going to get a huge boost from Avatar.

Oh, and Mr. George Lucas: You need to attend any workshops on directing that Cameron might offer. You could learn a thing or two from this man.

What did you think about Avatar? Share your thoughts about the movie in the comments below.

There are extra scenes during, or after, the end credits of Avatar.

Plot
When his brother is killed in a robbery, paraplegic Marine Jake Sully decides to take his place in a mission on the distant world of Pandora. There he learns of greedy corporate figurehead Parker Selfridge’s intentions of driving off the native humanoid “Na’vi” in order to mine for the precious material scattered throughout their rich woodland. In exchange for the spinal surgery that will fix his legs, Jake gathers intel for the cooperating military unit spearheaded by gung-ho Colonel Quaritch, while simultaneously attempting to infiltrate the Na’vi people with the use of an “avatar” identity. While Jake begins to bond with the native tribe and quickly falls in love with the beautiful alien Neytiri, the restless Colonel moves forward with his ruthless extermination tactics, forcing the soldier to take a stand – and fight back in an epic battle for the fate of Pandora.

chevron_left Would you like to be a volunteer translator for RunPee?
Movie review : Did You Hear About the Morgans? chevron_right