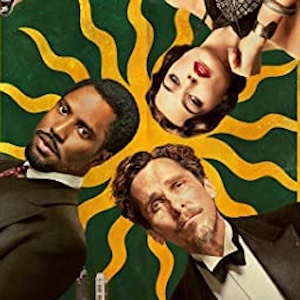 Amsterdam sure is causing a stir on the internet. I wanted to read some reviews from others before I cemented mine in. I think it’s evenly split down the middle. Some loved it and some hated it.

I can agree with all of them.


The parts that were good, like the acting, were great but the convoluted storyline was a real annoyance and was hard to get past. I was lost a number of times. Another thing that bothers me is: They didn’t properly use the big-name stars. The cast was full of legendary actors that only saw a few minutes on screen. I think they should have flushed out those roles better.

The three main stars, Christian Bale, Margot Robbie, and John David Washington were phenomenal. They helped fill the voids in a dragged-out, slow-paced movie. Having thought about it overnight I’ve decided to give it a C. It’s right down the middle between great and blah.

About The Peetimes: We’ve got 3 Peetimes for you. I would definitely recommend the last one. It’s really long and was easy to summarize.

There are extra scenes during, or after, the end credits of Amsterdam.

Plot
Set in the ’30s, it follows three friends who witness a murder, become suspects themselves, and uncover one of the most outrageous plots in American history.

chevron_left Is there anything extra during the end credits of Amsterdam?
Star Wars shorts—better than the movies chevron_right