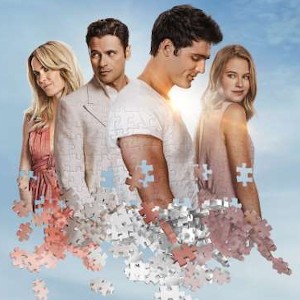 I’m compelled have to give 2 Hearts an ‘A’. I can’t think of anything the creators of this movie could have done to make this movie any better. Is it as good as recent A-rated movies like 1917, Ford v Ferrari, or JoJo Rabbit? Certainly not. It’s not that kind of movie. But they took a very simple premise and illustrated it creatively. I really appreciate that.

If you’ve seen the trailer for 2 Hearts then it’s easy to see that the premise of the story is obvious, even mundane by today’s standards, but the manner in which the story plays out over time hides the predictability until the end.

None of the actors are going to win any awards for their performances. Nonetheless, they all sell their lines because the dialog was realistic. Oftentimes when there’s cringe-worthy acting it’s because of unrealistic dialog written by the writers. I never saw anything like that in this movie.


This is unmistakably a “faith based movie,” but they didn’t ram it down our throats. The word “god” is only mentioned in a few scenes and there’s not a single “prayer” scene in the movie. The moral of the story is stated right at the beginning in the narration: miracles are a matter of perspective. Even an atheist like myself can appreciate that. Although I’m curious if the faith-based crowd that this movie was made to appeal to will be put off by the lack of prayer scenes. If this is you, I’d love to hear your thoughts in the comments.

About The Peetimes: I found 3 good Peetimes spread throughout the movie. I would recommend the 2nd Peetime because it’s long and near the middle of the film. The 3rd Peetime is definitely the last opportunity to run and pee. Everything after that is unmissable.

There are no extra scenes during, or after, the end credits of 2 Hearts. (What we mean by Anything Extra.)

Movie Review – Green Book (It will touch your heart)

chevron_left New Movie Review – Pixie
Is there anything extra during the end credits of 2 Hearts? chevron_right