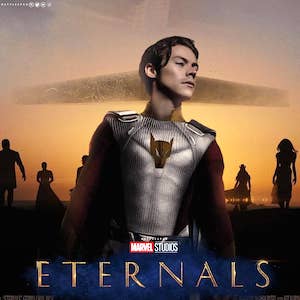 The news broke over the weekend that Harry Styles has landed a “$100m five film deal” as part of the MCU. Now I’m taking this news with a humongous pinch of salt because it was announced in two papers; one was the Daily Mail, which is famously untruthful, and the other was Metro, a free paper put out by the Daily Mail Group. Still, just in case, I thought it might be worthwhile checking out who this guy is.

LATEST – Harry Styles has said (to Rolling Stone) that he has no plans to take on another film role anytime soon.


Who Is Harry Styles?

Harry Edward Styles is an English singer, songwriter, and, latterly, actor. He came to fame through the British music competition The X Factor. He originally applied as a solo performer but was transferred into a group called One Direction who, so I’m told, did rather well for themselves until they went on an indefinite hiatus in 2016. After that Harry turned back to the solo life and released a few albums. He also appeared in a couple of films.

In Front Of The Camera

Harry Styles is one of those people I find deeply irritating but for no real fault of his. You try to get an idea of his dramatic output and the obvious first place to look is on his page on IMDb. There you see “Actor (67 credits)” and think that the lad has obviously done a bit. It’s only when you closer that you see that, thanks to his music career, the vast majority of those entries are music videos!

Still, a closer look shows that he’s been in two released feature films. He’s also been in two that have been completed but are awaiting a release date, and one that is ‘rumoured’. None of those three are troubling the MCU, so it looks like the Daily Mail’s record for accuracy and veracity remains unchanged. Never mind though, of the two released films he has been in, one of those is an MCU offering.

Harry popped up in a mid-credits sequence of Eternals as a character known variously as Eros and Starfox, the adoptive brother of Thanos. Now the chatrooms have been abuzz with rumour and speculation regarding who the big bad is going to be for the next few phases after the removal of Thanos so this could be a good few films and not just two minutes during the credits!

Oh, the other film was Dunkirk and if Christopher Nolan cast him then he must be all right!

It is still all rumour and speculation so it might not happen, especially as Eternals wasn’t fantastically well received. But rumour has it that, if it is greenlit, Eternals 2 should be out in 2024.

To be honest, I don’t know. A mid-credit scene is usually a fairly reliable indicator of more to come. Eternals was only a disappointment compared to other MCU offerings but, let’s be fair, it was no Thor: The Dark World.