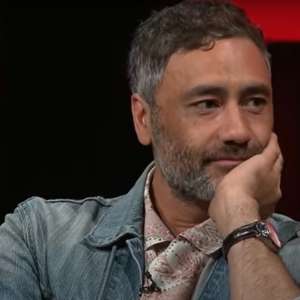 Remember when Taika Waititi fixed Thor? Well, now he gets the chance to show he can fix Star Wars.

Waititi was already tapped to direct the hugely popular Disney+ Star Wars TV series The Mandalorian. The serialized Bounty-Hunter-meets-[Redacted for Spoilers] premise was greeted with nearly galactic reactions of relieved happiness. Star Wars was looking good again and Waititi’s season-finale episodes were among the best. (Waititi also played an amazeballs role — look/listen for it. No, I’m not going to tell you. It’s better to know less going into this perfect little show.)

Deadline announced the decision to hire Waititi on May 4, 2020. As in May the Fourth, also known as Star Wars Day. (It’s an official holiday, really!)


So. What Broke Star Wars?

Surprisingly, it wasn’t the imperfect, disappointing prequel trilogy. Or even Jar Jar Binks.

I’ll be brief. The sequel Skywalker Trilogy broke the fan base, with very divisive, loud, very opinionated…er, opinions. Going with my own thoughts, I’d say The Force Awakens, (while plot derivative) gave me everything I wanted in a Star Wars film. But there was a lot of noise in some sectors about certain story choices.

The Last Jedi came along and looked great, but felt awful. It was like the director deliberately wanted to annoy the fans, throwing the best of the Force tenets out the garbage chute. Not to mention wasting precious narrative time with two entire subplots that just didn’t hit hyperspace.

The Rise of Skywalker had too much to do to get Star Wars flying again. It was a mixed bag of good and bad, and overall left a somewhat bitter taste after what should have been the triumphant denouement of a decades-spanning galactic ride.

Instead, the Triumphant Finale Award goes to the MCU’s Endgame.

Which brings me back to Waititi, Thor, and how to fix a thing.

Remember Thor 1? It earned a resounding Meh, despite having some cute moments. Then Thor 2: The Dark World arrived, and we collectively scratched our heads and wondered, “What just happened?”

Thor 2 is a dense movie, self-important, with too much plot and very little character development. And too, not enough of the humor that started with Iron Man and eventually became a trademark of the Marvel Cinematic Universe. Thor 2 serves the audience much better on a rewatch, when we know why the Aether was so important, but the villain is still just awful (sorry, Christopher Eccleston), and the Asgard scenes merely bring the pretty.

Do you even remember the name of the bad guy? I only do because I just looked it up, not that it matters. And he wanted…darkness?

So, no one was especially excited about Thor 3: Ragnarok, until it actually came out. But then people lost their fraking minds.

Thor 3 was a wild romp of epic proportions and a breath of fresh air. Waititi allowed Marvel to be self-deprecating, and it’s so much better for it. Ragnarok grabbed the astonishingly amusing lead initiated by James Gunn’s Guardians of the Galaxy films — then took it to a level of cosmic absurdity that made total sense and was deeply satisfying. Thor 3 ranks among most people’s top five films in the MCU.

Waititi will be directing the upcoming Thor 4: Love & Thunder, marking the first MCU hero to score four stand-alone films. (Can 2022 get here now?)

Waititi then proved he wasn’t a fluke, directing the highly acclaimed JoJo Rabbit in the fall of 2019. This humor-filled, sweet, touching, meaningful, and first-class film was kind of a big deal, considering the subject matter. “Funny Hitler” has been used before, but never so deftly.

Jojo Rabbit was chosen by the National Board of Review and the American Film Institute as one of the ten best films of the year. At the 92nd Academy Awards, the film received six nominations, including Best Picture and Best Supporting Actress for Johansson, winning Best Adapted Screenplay. At the 77th Golden Globe Awards the film was nominated for Best Motion Picture – Musical or Comedy and Best Actor – Musical or Comedy for Davis.

If Taika Waititi can’t make it work, no one can. So there’s a new hope that Star Wars films can be good again. 😉