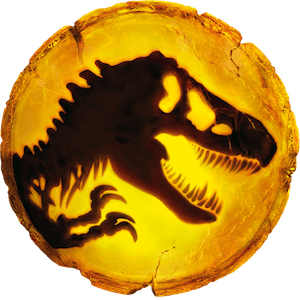 Ah, dinosaurs. What is it about them that’s so fascinating? There can’t be many kids that don’t find them enthralling. A quick count of my grandchildren shows a 100% hit rate. Admittedly, that’s quite a small sample but a quick look around most toy shops suggests to me that they wouldn’t carry so much dino-stuff if people weren’t buying it.

So it is no surprise that it is a popular topic for film makers. Hundreds of films, both animated and live action, have been made that feature a dinosaur of some description. The first was Gertie The Dinosaur released on 18/02/1914 which was a 12 minute long animated film. Then there was the first live action outing…Brute Force which came out on 25/04/1914 and ran for 33 minutes. While it’s tempting to say that 1993’s Jurassic Park kickstarted the whole dinosaur film genre there are about a hundred films that would like to disagree!


What it did do was up the ante with regard to what your on-screen creature looked like. Previously we’d been treated to line drawings, plasticine models, iguanas with plastic fins, and men in rubber suits. People like Ray Harryhausen made films that the ten year old me totally believed were real. Jurassic Park used models, costumes, perspective shifting, and other tricks that had been used before but, the game changer was Computer Generated Imagery (CGI).

CGI had been around since 1973’s Westworld but it was hideously expensive, horrendously time consuming, and very sparingly used.  Jurassic Park and the subsequent sequels changed all that and next week sees the release of the sixth episode – Jurassic World: Domination. Let’s see what the latest generation can show us.

A review of the Universal Studios Jurassic Park Ride

Everything wrong with the Jurassic films all in one place.

Dinosaurs and mead in the San Diego Bronto Brewery

More mead for Jilly at the San Diego Bronto Brewery

Welcome to the RunPee Jurassic Poll

Could they have done better? Jurassic World’s missed opportunities.

Did they mean that? Film references in Jurassic World