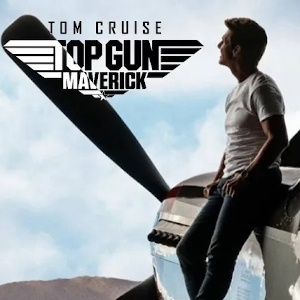 There’s no doubt about it, Top Gun: Maverick was a hit, both at the box office and with various movie rating systems. TG:M came close to maxing out in the RunPee app’s Peeple’s Poll and is one of the highest-rated movies of all time—going back to its introduction in 2018. Only Spider-Man: No Way Home and Avengers: Endgame have higher Final Ratings. And for TG:M the difference between Expectation and Final Rating is +9.2, among the highest in our database.

Breaking down Peeple’s Poll results for Top Gun: Maverick based on gender and age

When users submit their Expectation and Final Rating for a movie they are asked for their age and gender. This allows the app to present the overall ratings plus a view of the ratings based on a user’s specific demographics. For instance, if you’re a 35-year-old woman you are probably more interested in what other women about your age think about a movie vs what an 18-year-old boy thinks.


You can see that the Final Rating score for women aged 60+ is an absurdly high 95.9 and then gradually drops off as women get younger. While at the same time women in the 20-29 age bracket had the lowest expectation for the movie, yet still gave it a relatively high rating in the end, resulting in a +12.3 jump between Expectation and Final Rating.

The little white dot represents the average for that age bracket considering all movies. The 10-19 age bracket doesn’t have nearly as many users represented and you can see that this was the only age bracket where Top Gun: Maverick didn’t do better than average.

The Final Rating for men remained fairly consistent for all age brackets except for the 10-19 bracket where there was a large drop-off to 82.8. It’s still important to recognize that a score of 82.8 is very respectable, but it also represents the lowest Final Rating among all age groups and genders. I guess this movie isn’t really a good date-night move for teenage boys and girls. But it would be a great date-night movie for their parents. 🙂

chevron_left Is there anything extra during the end credits of Jurassic World Dominion?
Jurassic Park And Other Dinosaur Films chevron_right