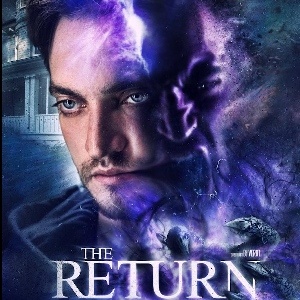 I’m blaming the reticular activating system which, as I’m sure you all know, is a bunch of neurons near the hypothalamus in the brain stem.  What it does is process your sensory inputs and prioritizes how they are acted on. Know how you never notice a Citroen C4 Cactus (other makes and models are available) until after you’ve bought one and then every second car you see is a Citroen C4 Cactus? That’s thanks to the reticular activating system.  Similarly, it now seems to me that every other film I see has been made in, made by, or starring people from Canada.

The Return is one of those films. I’m sure there are many reasons why Canada is getting so big in the cinema sphere: at first glance and hear they might be coming from Hollywood; it looks like the USA but has loads of government subsidies, and there are loads of talented Canadians but we just assume they’re American…like Jim Carrey, Dan Ackroyd, Michael J Fox, Sandra Oh, and Anna Paquin, to name but a few. It may not seem vital but it just seems to me that quite a few of the films I get sent to look at are more Tim Horton’s than Starbucks.


Beavering Away In The Basement

The Return, I’ll admit, confused me more than somewhat. The story tells of a brilliant college student, Rodger Emmerlich – Richard Harmon, returning to the family home he’s inherited following the death of his father, Oswald Emmerlich – Erik Athervale. On arrival, it turns out that the thing that had put him into therapy as a child hasn’t actually gone away. According to the trailer, that thing is a “naked murder ghost,” which seems to keep appearing in clouds of black smoke. Without giving away any more than the trailer does, the film deals with the discovery of the thing, finding out what it is, and working out how to get rid of it.

Thrown into the mix is his alcoholic physicist mother, Esme Emmerlich – Gwendolyn Collins, and his sister Amelia – Zoe Fish. These two both die off-screen, early in the proceedings. Mum’s lab is the centre of events and is located in a huge basement full of dry wipe boards and empty cardboard boxes. Oh…and the ghost is played by Kristen Sawatzky. Ultimately (again, according to the trailer) there seems to be a fight scene with a ray gun, so like the one in Ghostbusters that I wanted to shout “don’t cross the streams”…until I remembered that there was only one of them.

The things that confused me could have been quite easily sorted with a wee bit more exposition in the first ten minutes. Rodger travels from college to the house with two women, Beth – Sara Thompson and Jordan – Echo Andersson, and I struggled to work out what the relationship was between them. I knew that Rodger had a sister, but for the first part of the film, I thought Jordan was his sister, then a childhood friend, then a college friend. To be honest, I wouldn’t want to put money on how Rodger and Jordan met. Throw in that there seem to be huge unexplained gaps in what happened to Rodger between his early teens and the present day…

But, despite that, The Return proved to be eminently watchable. OK, there is a glaring continuity error surrounding Jordan’s chin, an escape that involved getting a particular blade out of a Swiss Army knife single-handed (a feat that cost me three fingernails proving it couldn’t be done), and the most unbelievable sex scene ever (surely you’d just leave a T-shirt or bra on rather than clutching the sheet so tightly), but despite those little niggles, the standards of cinematography and acting made it a not unpleasant way to spend an hour and a half.

If the writers, Ken Janssens and director BJ Verot, had made things a wee bit clearer, I’d have been a very happy camper.