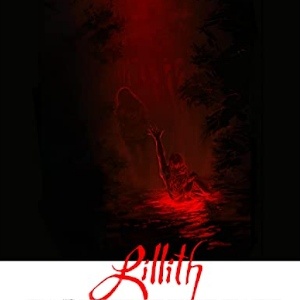 Lillith took me a bit by surprise. I think I’ve made it quite clear that I’m not normally a horror fan. I don’t automatically like films that are full of special effects giving the appearance of someone throwing a hand grenade in a butcher’s offal bin. Similarly, I don’t really believe in the whole paranormal/supernatural thing so ghosts, ghouls, demons, etc. aren’t really my thing. As a result, a horror film needs to have something else going for it in order to encourage me to turn it on let alone stick to the end.

Usually, there has to be a twist in the storytelling, nice visuals, or a charismatic cast to keep me engaged. I  was expecting Lillith to be a fairly typical, low-budget horror film that uses buckets of gore and jump cuts to try and get the blood pressure up. Instead, I got a different approach… a decent story, and a fair level of humour. Throw in some nice visuals, and a charismatic cast and I found myself settling in for an hour and a half of entertainment.

So, What’s It All About?


Jenna (Nell Kessler in her feature debut) comes back to find her boyfriend, Brad (Michael Finnigan also in his feature debut) in bed with another woman and goes to live with her friends. Unfortunately for Brad, Jenna and her friends, Emma (Robin Carolyn Parent) and Charlie (Taylor Turner), have just come from their demonology class. So they know all about demons, witchcraft, and spells and, eventually, decide to summon up a succubus to get back at Brad. Obviously, this is a film, and it would be a very short one if they were unsuccessful, up pops Lillith (Savannah Whitten).

Now the Demonology professor (Langston Fishburne) says that succubi are demons that take the visage of beautiful women so that they can seduce unsuspecting men and drag them to hell. In actual demon lore, succubi are demons or supernatural entities in female form, that appear in dreams to seduce men, usually through sexual activity leading to poor physical or mental health, even death. Basically, every sweaty dream you’ve ever had is caused by a succubus… or an incubus for the ladies!

The Good Bits Are…?

Despite the relative inexperience of a lot of the cast, the performances were good. It’s the little things that make the difference; often the thing that really announces that there isn’t going to be a long list of acting credits on an IMDb page is unnatural conversations. I don’t mean saying unusual things, who amongst us hasn’t said something odd before now, I mean timings. There is an ebb and flow to a conversation that you only really notice when it isn’t right. All of the characters came across as real people. They may be misguided, self-obsessed, or demonic but they all sounded real.

Savannah Whitten was delightfully demonic as Lillith; just on the right side of evil without going over the top. This is the third time I’ve knowingly seen Langston Fishburne; the first time was playing the younger version of his dad, Lawrence, in Ant-Man And The Wasp, then in 86 Melrose Place which I reviewed back in April and now in this. I really hope he starts getting the parts he deserves in some bigger budget films. Besides the quality of the cast, another thing that indicated, to me, the confidence of the production team in their project was the complete absence of on-screen nudity. Very often, if there is any doubt over the quality, then an opportunity to shoehorn in some nudity is grasped very tightly. Hats off to writer/director Lee Esposito for not taking that route with Lillith.

chevron_left Who was that woman in the end credits of Black Widow?
RunPee Weekly Newsletter #70 (July 14, 2021) chevron_right