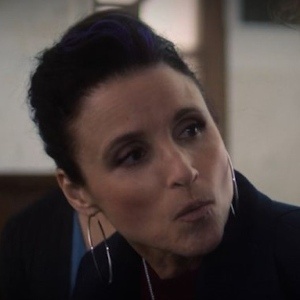 That would be Contessa Valentina Allegra de Fontaine. (You know, Julia Louis-Dreyfus as Elaine Benes in Seinfeld.) Her character only has a few short scenes in The Falcon and Winter Soldier. Val, as she advises people not to call her, is a secretive and powerful person out to recruit the services of enhanced people.

Read on, but there are spoilers to Falcon and Winter Soldier.

Val is first introduced in F&WS after the new Captain America (John Walker) is stripped of his position. John and his wife sit in an empty hallway when Val walks in. She’s rather cryptic and tells John he should answer his phone if she calls. She gives him her business card—it’s solid black on one side, solid white on the other, no numbers or letters. (Basically it says, “I call you. You don’t call me.”)


Role in the comics

Val’s role in the comics is varied. In some incarnations, she’s referred to as Madame Hydra and in others she’s Nick Fury’s romantic partner. Her exact role in the MCU is yet to be defined. Good? Bad? A little bit of both?

You can read more about her backstory on wikipedia.com.