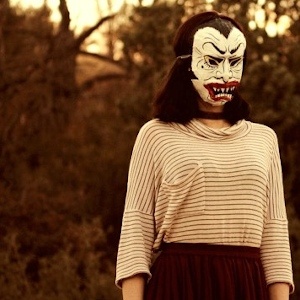 I’ll admit to being confused. Let’s face it, I’m a gentleman of a “certain age” and befuddlement is never far away, but what had me addled here was the title. I didn’t know whether or not Like A Dirty French Novel had some other meaning over on the other side of the water. A bit like a Dutch uncle, French kissing, or Russian roulette. So I looked on Google and that’s how I found that it is a lyric from a Velvet Underground song, Some Kinda Love…


Like a dirty French novel, combines the absurd with the vulgar.

Now whether this is, in and of itself, another back referral to a phrase in common parlance I don’t know, so I can’t really throw any more light on whether or not there is any deeper meaning to the title. I’d be interested to ask screenwriter and director Mike Cuenca if there is any deeper significance, or if Like A Dirty French Novel was just picked out on a whim.

I did wonder whether the Velvet Underground reference was intentional. Perhaps the aforementioned Mr. Cuenca was a fan of the band or the era and this was, in some way, a homage. It did make me think of the way that a certain magnificent filmmaker with the initials Q.T. No… sit down Quyen Tran! We all loved Palm Springs but that wasn’t what I meant. I mean the way that Quentin Tarantino punctuates his films with outstanding, appropriate, and atmosphere-enhancing music.

I may have been overthinking things, or it could just be my peripheral Asperger’s, but it did cross my mind when I found that link.

I looked up the title after watching Like A Dirty French Novel and there may have been another reason why I was thinking of the — to my mind — brilliant Quentin Tarantino. As Like A Dirty French Novel starts to unfold,there is a certain feeling of “what the hell is going on here?” In a similar way to Pulp Fiction, there is a narrative discontinuity and event segmentation. Whenever this technique is used it can go in one of two ways. The worst-case scenario is that you can get partway through, totally lose track, and either fall asleep or give up and go home.

The other way it can go is the way everybody involved in the project hopes it will go. You take the first few scenes at face value and not worry too much. Then you start to see the connections. You see how the stories and characters are related and intertwined. You start seeing things and get a warm kind of mental hug as the pieces slot into place. Afterward, you want to watch it again, but it’s not like just seeing the same film twice because now you have an outline of the story as you go into it: you see the scenes with a new depth and significance. This is how I feel about films by that other great filmmaker with the initials C.N. Not Chuck Norris…

So Is Everything Wonderful?

Let’s be honest, it was shot in six days, during a pandemic, and on a low budget. There are bits that could be improved if there was more time, money, and normality to play with. But it is well-acted and nicely shot. The intertwining stories can’t really be talked about here because I can’t really say something without saying everything so I’ll just let you find out for yourselves. They’ve used the grindhouse/noir tags very well, in that it allows them latitude to get away with shooting on street corners at night and in other places that just scream “very, very cheap”!

But, ultimately, the background is just that…background. What goes on in front of the camera is much more important, and all of the cast are very easy on the eye in that they are believable as their characters.

We’re starting to see more films coming out now that not only acknowledge Plague 2.0 — but actually feature it as a plot point. Like A Dirty French Novel starts off with a card saying about the pandemic has spread across the planet and people having to isolate to protect themselves and others, but that this film is not so much about the panic per se but about the social disruption caused by it.

Good luck with the premiere at Dances With Films towards the end of this month!

chevron_left Why are Comic Movies so Popular?
7 Most Intriguing Story Themes in Movies chevron_right