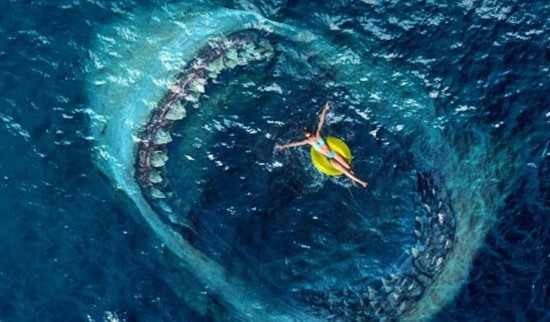 Like shark movies? Ever wonder WHY we enjoy these monster/disaster/fish bait movies so much? I wonder that myself. It’s not like they’re teaching us how to avoid being eaten alive, hunted like prey, or anything useful.

So here’s the top ten ways to avoid becoming “chummy” with the sharks. (Get it? Get it? Sheesh.) I’m getting my safety information from National Geographic, but I’m also not an idiot. These things are common sense.

Top Ten Ways to Avoid Being Eaten by Sharks (with movie examples of what not to do).

1. STAY AWAY FROM DEAD THINGS IN THE WATER.

You’d think this would be obvious. something will be hanging around said dead fish, whale, or person, eating the body. Always. People in the movies are always dangling around with tasty arms and legs, paddling about, curious and/or sad about the dead thing. Move along, people! (These are the same characters who think it’s a great idea to split up in haunted houses to look for clues.)

Swim away from the bodies.

Point: In The Shallows, Blake Lively’s character swam up against a chewed up,  bloody whale. That would have been a great time to LEAVE. Don’t even get me started on the people in The Reef.

2. On a similar note, avoid schools of fish, seals, or sea lions.

3. If you see a lot of seabird or dolphin activity, be aware they are attracted to the same food sharks like.

So far, Rules 1-3 are variations on a theme. Stay off the menu when there’s a meal about.

4. ALSO SHOULD BE OBVIOUS: Stay away from fishing boats, which usually dump entrails and blood in the water.

I just watched 47 Meters Down 2 – Uncaged. Vague and minor spoiler: some people surface right as a glass bottomed shark boat dumped chum in the sea for the pleasure of tourists. This did not go well for those people. 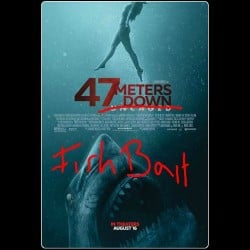 5. Are you bleeding at all? Menstruating, even? Get out of the ocean.

Sharks can smell tiny amounts of blood over large distances. That big snout isn’t just a container for teeth. Remember the movie Pitch Black? (Which wasn’t a shark film, but the idea still applies.) #BloodSmells 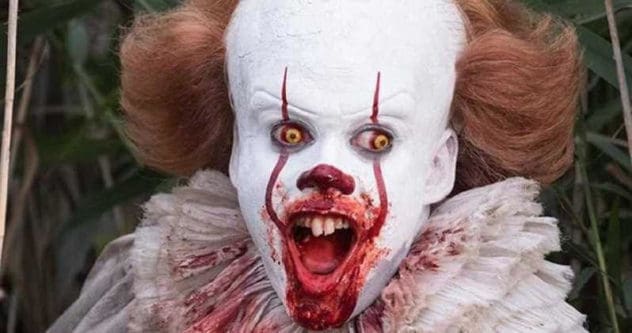 Ewww. Okay. Just no to blood.

These ‘garbage’ points attract bait fish, which attracts the sharks who eat them. Also, gross! Don’t swim there! I live right beside a lovely bay on the sea with plenty of nice places to swim, and STILL see young families playing in the water around the YUCKY WATER, E COLI PRESENT, DON’T SWIM HERE signs.

7. Avoid: Harbor channels, steep ocean floor drop offs, river entrances, and any place the water is murky. And be aware that after rains, river entrances will sweep yummy baitfish out to sea.

These are places sharks like to patrol. And they can see quite well in the muck. 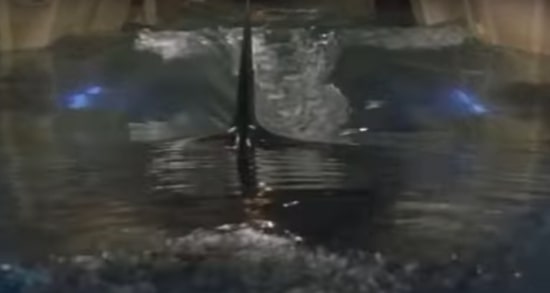 They can still see you.

8. Don’t swim at dusk. Or dawn or night. Or any time alone, in an isolated area, especially at night.

Twilight isn’t the time only Vampires like to feed. Also, with the not swimming alone? You’re safer in numbers. Just like with Vampires!

Did you see The Shallows? Blake Lively should have known better than to swim alone at a remote beach like that, even in broad daylight.

Don’t swim alone on a super remote beach, not even if you’re Blake Lively.

9. Don’t wear bright colors (yellow and orange are supposed to be the worst), or reflective jewelry that a shark will interpret as fish scales.

Although, back to The Shallows, the jewelry did a fantastic job stitching up Blake’s skin after her first shark encounter. So if you wear jewelry, consider the kind that can double as a needle and thread.

Man, it annoyed me in The Reef when those survivors not only hung around the dead bodies, but kicked and splashed and made too much activity while drifting around the Pacific. This is how scared prey acts.

Remember in Jaws when Richard Dreyfuss lost his poison-laced spear? He was not in the shark cage anymore, and a really mean Great White was right there. Playing a legitimately smart character, he dove down under some flotsam in his scuba gear to wait out the shark presence. The scientist survived with no worries.

There are different ways to swim. Some involve a lot of splashing. Others have more sinuous moves. Try to do, say, the breaststroke. Or at least kick smoothly, under the water, if you’re holding onto a float.

And keep your pets, especially dogs, out of the water. They make a lot of commotion. The pet rat in The Abyss was an unusual case, but worked out for the rat. The bird in Deep Blue Sea was less lucky. I won’t spoil what happens to the dog in Crawl, but that’s an alligator movie, and I don’t have any details on gator attacks.

What if you’re diving and a shark does approach you?

Stay as still as possible if you can’t easily exit the water. But if you’re actually attacked, or if the shark has you in its mouth, don’t play dead. Attack back with everything you can, and try to get the shark in the delicate areas of eyes, gills, or snout. If you recall, in Deep Blue Sea, a large crucifix made a great shark weapon.  (Again with the useful jewelry…hmmm…)

I’m not saying to use movies for your guide in survival situations, but at least these are things to think about.

Overall, Be Aware of Yourself in the Water

When all is said and done, here’s the note attached to the credits of 47 Meters Down: Uncaged – Sharks kill ten people a year. People kill ten million sharks a year. So the idea here is to be aware, but not paranoid. Note also that this statistic doesn’t include people who are attacked and survived. Famous surfer Bethany Hamilton probably didn’t commit any of these Ten Deadly Sins, but lost an arm anyway. 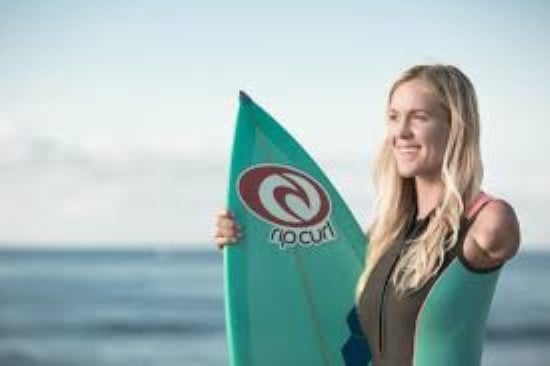 Just be think of how sea predators work, and you won’t have to avoid swimming in the ocean altogether. And if you feel something touch you while swimming, calmly but efficiently get the hell out of the water.

Don’t be like the stupid people in these shark movies: